Abalora, was in excellent form as FC Tiraspol drew goalless with Zrinjski Mostar of Bosnia and Herzegovina.

This first round qualifying encounter was an away game for FC Tiraspol and, it was played at the Stadion pod Bijelim Brejigom with the second leg to come in Moldova next week.

Abalora, was making his debut in the European Champions League after joining the record Moldovan champions from Ghanaian giants Asante Kotoko in the January transfer window. 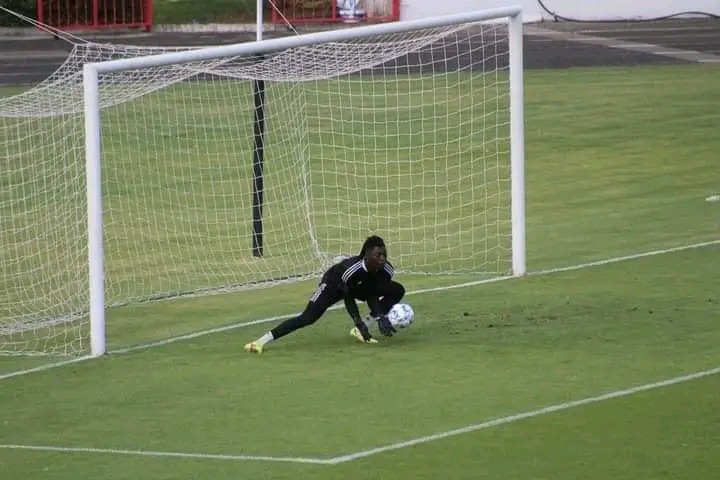 He has since taken over as the number one goalkeeper for FC Sheriff Tiraspol and, he will look to continue with that form throughout the campaign.

Abalora was rated at 8.3 in this encounter against the Bosnian side, and, FC Tiraspol will be strong favourites to qualify to the next round of the campaign when they host the second leg tier.

In the same game, another Ghanaian Patrick Kpozo also played 90 minutes in defence for the Moldovan champions and was rated at 8.0 for his troubles.

The second leg encounter will be played at the Zimbru Stadium in Chisinau, Moldova on Tuesday, July 12, 2022.

Both Ghanaians will hope to feature in this crucial fixture next week as FC Tiraspol look to advance to the next round of the competition.