De Bruyne has now been directly involved in scoring 3 goals and assisting 5 against Liverpool in his last 8 Premier League games against them. 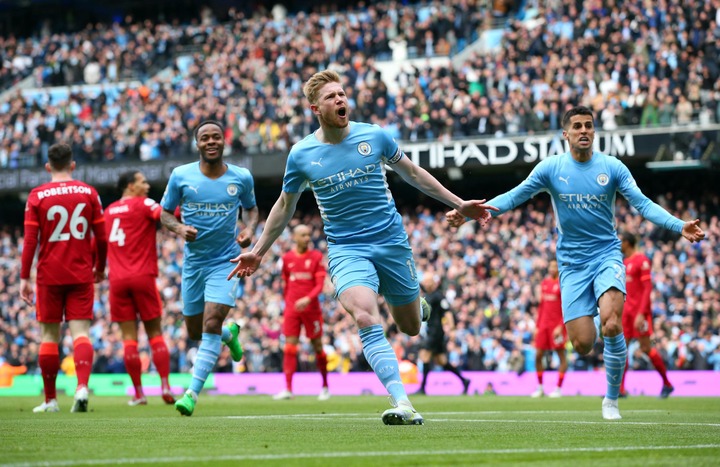 Kevin De Bruyne has scored six goals in his last six appearances for Manchester City, while he's netted in four in a row across all competitions for the first time for the club.

Manchester City's lead in the Premier League title chase has been preserved thanks to an enthralling draw against Liverpool tonight in a hotly-anticipated match between two outstanding teams.

Manchester City fans are still raving about Kevin De Bruyne after the Belgian superstar scored early in their tense title match against Liverpool on Sunday afternoon. With the Premier League title on the line, De Bruyne scored after only five minutes. 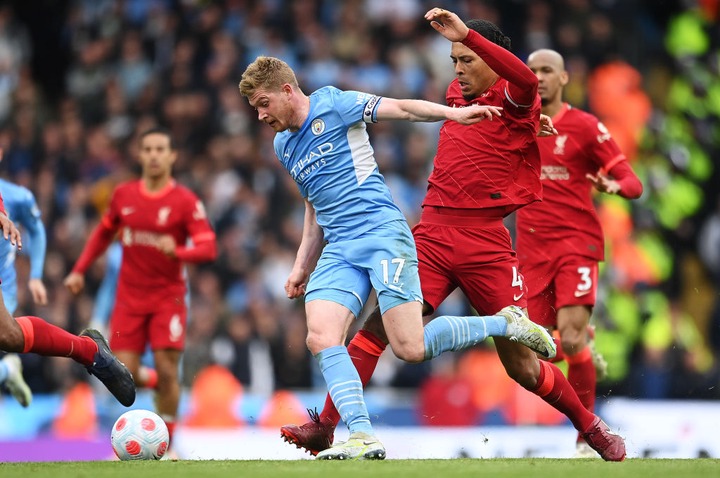 With only one point separating the two teams going into the last 90 minutes, City knew that a win would give them a four-point edge with seven games remaining, although Liverpool could possibly overtake the champs. De Bruyne scored initially, and Liverpool attacker Diogo Jota equalized shortly after.

Overall, the game got off to a tumultuous start. Thanks to a Gabriel Jesus goal just before halftime, City restored the advantage.

Aside from this mouth-watering Premier League clash, City and Liverpool have also been drawn in the FA Cup semi-finals and might play in the Champions League final. This afternoon, though, there is vital job to complete. 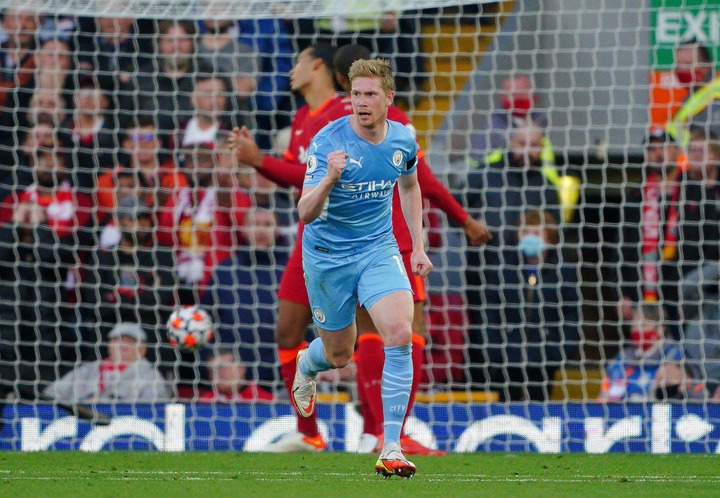 The build-up to the ongoing game had accelerated in recent days. While De Bruyne just only a few minutes to make an impact, Allison was caught off guard by his deflected strike, which came after England star Raheem Sterling had already missed a good opportunity.