The Division one league, zone one during the first round was carried by controversies surrounding the officiating of some referees, acts of hooliganism and failure by clubs to restrict their supporters’ access to the various stadia to watch matches in compliance with the covid 19 safety protocols.

As a result, the Ghana Football Association President, Kurt Simeon Edwin Okraku together with some executive council members, embarked on a review and visitation tour to management members, officials, directors and supporters of Division one league clubs to appreciate their concerns and suggest ideas on how to make the second round better. 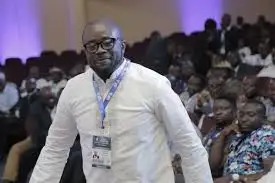 The GFA officials, wrapped up their tour in the Northern Regional capital Tamale, on the 15th of April, 2021 at the office of the Northern Regional Football Association chairman, Alhaji Abu Hassan Rhyzo, and they met the management members and supporters of RTU, Steadfast, Tamale city, Gbewaa, WA Suntaa, Paga Crocodiles, Northern ladies and Pearlpia ladies.

Adding his voice to the allegations of favoritism, Northern Regional football Association chairman, Alhaji Abu Hassan Rhyzo, rubbished those allegations, and strongly argued that the Tamale clubs has for the first time, prepared adequately at pre-season, a reflection of their recent brilliant performances in zone one.

He added also that the only recipe for any club to qualify to the league, is to sign quality players and acquire top notch coaches, all of which the Tamale based clubs have already accomplished.

The GFA boss Kurt Okraku, indicated that, they have put strict mechanisms in place to ensure smooth running of the second round of Division one league, announcing that they will deploy military personnel to some match venues in order to bring sanity into the game.

Have you forgotten about Rawlings already? See these throwback family photos of him

I Will Not Keep Quiet On This Matter; God Is Not Happy About What Is Going On In This Country - Kofi

NSMQ 2022: These Schools Have Made It To The National Championship

Diseases You Can Cure By Eating Okro 2 Times Daily