By KickBALL (self meida writer) | 4 days 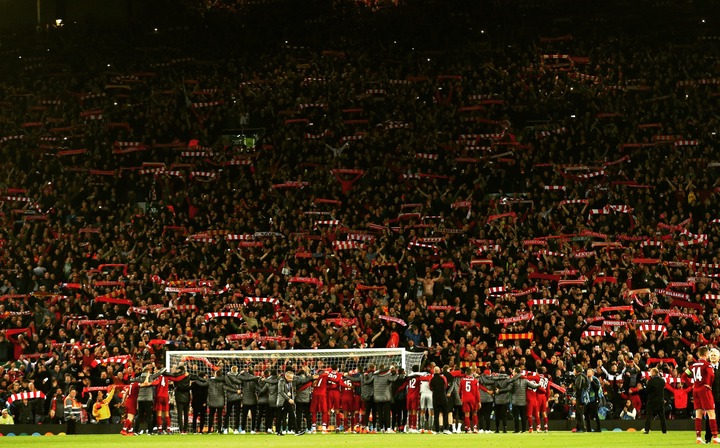 Cristiano Ronaldo’s 3-star performance at Old Trafford on Saturday against Newcastle United has cushioned some scare in Liverpool fans and blame games on club owners, FSG seems to be the new approach.

The rivalry between Liverpool and Manchester United has existed for ages although it went cold for quite some time now when United became sloppy and abandoned their glory days forcing Manchester City to establish a strong competition between the Merseyside club.

When Liverpool broke the 30-year deadlock of not winning the Premier League, the Red Devils missed the former manager, Sir Alex Ferguson who took it all from the Reds during his time. Despite the arrival of Jadon Sancho for £73 million and Raphael Varane for £34 million from Dortmund and Real Madrid respectively, United needed a player who could totally bring transformation and make them a threatening side against Premier League and European clubs, with Liverpool still holding on to Mohamed Salah, Sadio Mane and Van Dijk.

Then all of a sudden Ronaldo joined and in less than two weeks, his impact has been felt scoring a brace in his second debut at Old Trafford against Newcastle United. Rival clubs doubted the efficiency of the former Juventus and Real Madrid player rejoining the EPL yet his quick intensity upheld doubts and has given United supporters the hope of winning a major trophy this season and the succeeding years.

On Twitter, following Manchester United's game, Liverpool fans have begun lambasting their owner, John W Henry of FSG for failing to improve Jurgen Klopp’s squad depth to challenge for the Premier League title. The Reds only brought in Ibrahim Konate from RB Leipzig and in spite of the recovery of Van Dijk, Joel Matip and Joe Gomez, the Liverpudlians are not satisfied.

Chelsea’s Lukaku, Man United’s Ronaldo and Man City’s Jack Grealish are making a greater impact for their clubs having helped to record wins in the PLs fourth fixture to climb ahead of the table. Liverpool play Leeds United and a section of fans seems to disappear about the strength of their rival clubs.

“If Utd win the league this season I blame FSG for having us stand still and allowing other clubs catch up with us,” John O Sulivan tweeted.

“Calm down Utd are not winning the title they have Ole as manager FFS. Still want those stingy fuckers out of the club so we can compete with other teams,” Mr Daniels added.

Frank Regan argued that “They’ve spent the money, in the end, it wins you trophies, we’ve stood still now for 2 seasons. An attacker was a must, negligent by fsg.”

The Reds are 7th with 7 points on the Premier League table. They travel to Elland road to play Leeds United.