The hopes of Manchester United was almost down until a 100th minute penalty in their game against Brighton and Hove Albion. The dramatic late winner was converted on the spot by Bruno Fernandes at he Amex Stadium. 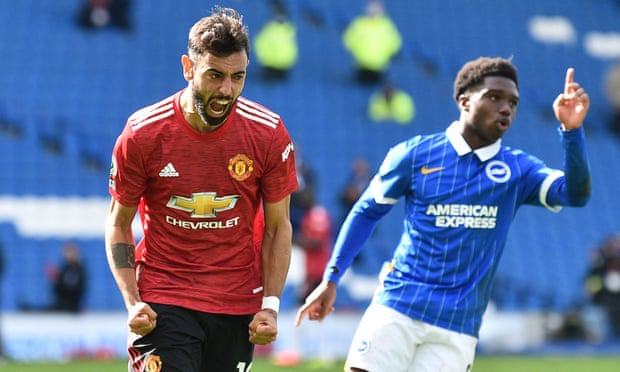 The game was a very keenly contested one with great drama. Just moments before the final whistle, Brighton and Hove Albion thought they have sealed a draw, until a penalty claim was made by Manchester United. Match official, Chris Kavanagh, after watching the VAR video, confirmed the penalty incident.

Brighton and Hove Albion dominated the entire game and took the lea from Neil Maupay's penalty. The Red devils equalized after a cross at the Brighton penalty box caused an own goal by Lewis Dunk. 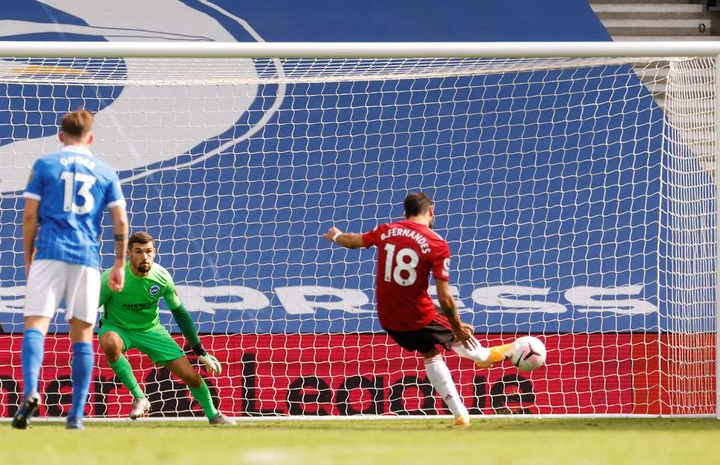 Manchester United completed the come with a spectacular goal from Marcus Rashford. Brighton fought back and dominated the game until the equalised 2-2 in the injury time of the second half. Bruno Fernandes converted the penalty in the 100th minutes of play to seal full victory for the Red Devils. 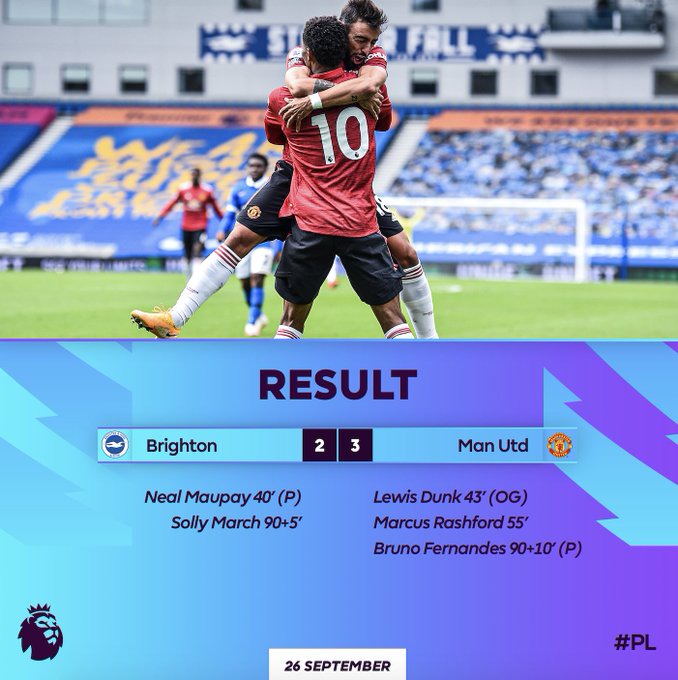 The game had many special moments as Brighton struck the woodwork five times. Leandro Trossard was not very fortunate as he struck three woodworks without scoring any.

Ole Gunnar Solskjaer was partially relieved after they clinched full three-points after their blunder with Crystal Palace.