The competition is getting keener and keener and the surprises continue as the gameweek 2 of the Ghana premier league came off last weekend. The first match of the gameweek happened at Sogakope where WAFA welcomed defending Champions, Accra Hearts of Oak, and the Phobians winless run at the venue since the 2014/15 season continued as the match played out in a one-all draw. 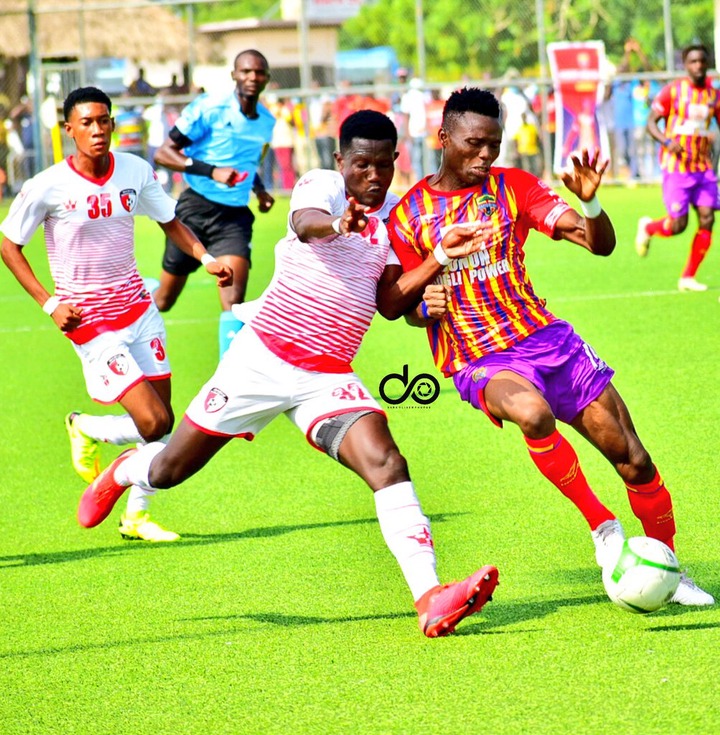 It was followed by two other fixtures on Saturday with one happening at the Obuasi Len Clay Sports stadium, where Obuasi Ashanti Gold dropped points against Karela United in a one-all draw. Legon Cities secured the three maximum points against newly promoted Real Tamale United following a narrow victory at the Accra Sports stadium. However Sunday was action-packed and five games came off at the various venues. Odartey Lamptey's Elmina Sharks were hammered at Ndoum Park, losing to Dream FC by 1-3. Another 1-3 scoreline was recorded at Dormaa, where Aduana got dubbed by King Faisal.

Kumasi Asante Kotoko secured their second victory of the season beating Bechem United by two goals to nil while the only goalless draw result was between Berekum Chelsea and Eleven Wonders. Great Olympics were victorious against Accra Lions beating them by 3-1, however the last match of the gameweek comes off on Tuesday where Medeama would face Bibiani Gold Stars and until then, this is how the Ghana premier league table looks like after the match results over the weekend. 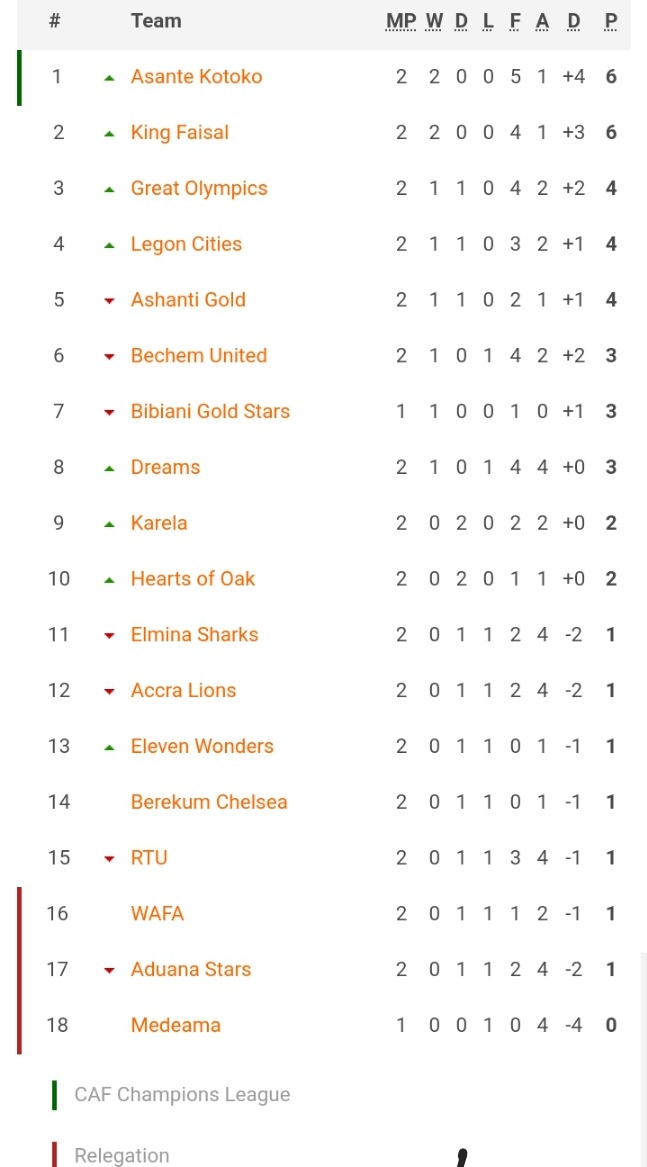 Kumasi Asante Kotoko have kick-started their season on an impressive note, and currently on top of the league table with 6 points. Same cannot be said for their league rivals, Accra Hearts of Oak, who are still without a win after two games, laying 10th on the league log. Alhaji Grusah's King Faisal is the only team aside Asante Kotoko to win the first two matches. Meanwhile at the buttom of the league is Medeama FC who lost their first game fortnight ago, but yet to play their second game.