Ghanaian international Kudus Mohammed will be out of action for the rest of 2021 after picking an injury while on national assignment. The Ajax midfielder sustained the injury in an epic World Cup qualifier between Black Stars of Ghana and Bafana Bafana of South Africa last Sunday.

The budding player called for substitution in the 12th minute after an off-the-ball moment.

Having undergone further tests in Holland, it has emerged the injury is career threatening than previously anticipated, and will need more time to recuperate. Ajax manager Ten Hag confirmed that Kudus Mohammed’s injury is serious and cannot play again this year. 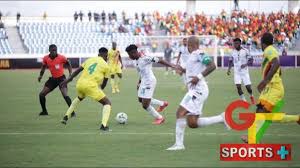 “It’s a serious injury, it will take some time. I don’t know if he will be able to go into action this calendar year. It is very annoying that he was injured again, he had been in shape for a while and played a number of matches. He played a very good role against Borussia Dortmund. He is extremely disappointing, especially for himself. He is deeply sorry that this is happening to him again. We will do that. he has to get him out of it. and he has to get up again.”

The situation may compel the enterprising player to miss next year’s Africa Cup of Nations in Cameroon. This could be made possible based on the itinerary of the Senior National team Black Stars of Ghana. 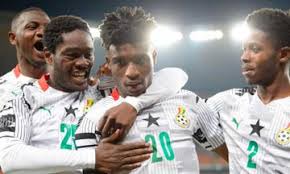 Coach Milovan Rajevac and his lads are expected to set the ball rolling for the tournament in December. At that time, Kudus Mohammed will not be enjoying playing time as he takes time to recover. Apparently, the team may have to hit the ground running without his inclusion.

As he is set to stay away till next year, playing football in January may not be suitable and appropriate for health reasons. 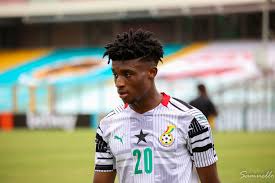 For a person who returns from injury in January to be involved in active football like that of Nations Cup - which commences in early January - may not be a pressing option on the scale of preference. The talented player cannot be rushed through in the quest to win the continental competition. 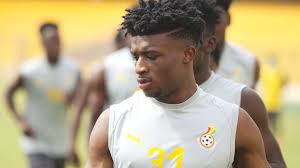 This will require Black Stars of Ghana to get set for preparations without having to rely heavily on Kudus Mohammed. Milovan Rajevac will need to spread tentacles in attempt to avoid last minute surprises. Other players may have to be considered and assessed in an attempt to build a formidable side for the tournament.