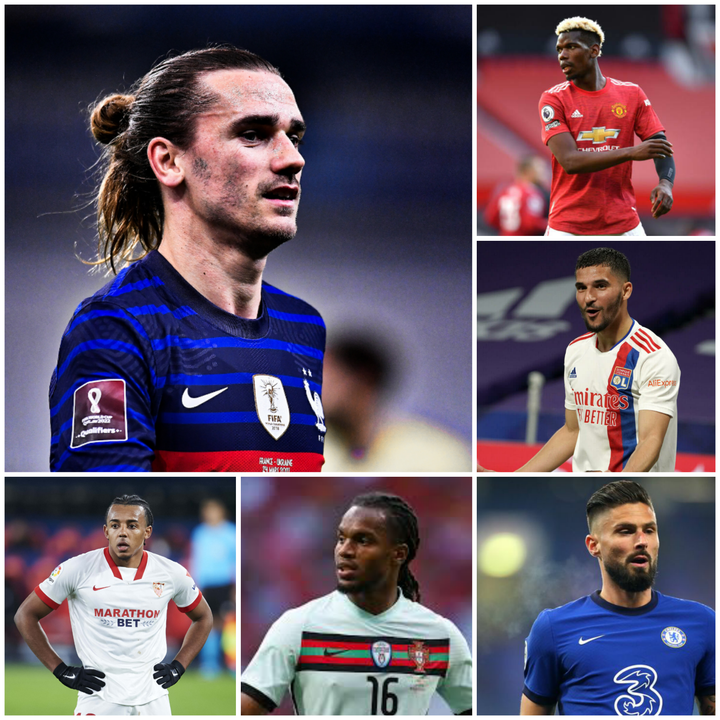 Paul Pogba's future has been thrown into uncertainty following his stalled contract extension talks. Manchester United have already admitted their readiness to offer the French midfielder a new contract but it remains unclear whether Pogba want to extend his stay at Manchester United. French giants, Paris Saint-Germain is the only club to have shown concrete interest in signing the 27 year old, however latest news from Italy says, Pogba's former club, Juventus have joined the race and ready to sign Pogba if he finally decides to leave.

The Red devils have been the frontrunners to sign unsettled French and Real Madrid center back, Raphael Varane. United are keen to solve their defensive problems and have identified the 27 year old defender as the ideal man to sign this summer, nonetheless the Los blancos seem to be playing hard balls with Manchester United. The optimism in the deal seem to have been quashed following Ancelotti's request to Real Madrid board, to keep Varane. Ancelotti sees the French centre back as a key part of his project and wouldn't want him sold .

Barcelona still struggling to find a buyer for Greizman

Barcelona are keen to sell Greizman this summer to raise funds and balance their books. Report claims the club wanted to cash in Ousmanne Dembele instead of Gerizman, however Dembele's injury means the 25 year old cannot be offloaded this summer. Grerizman happens to be the only high salary earner Barcelona can sell to cut their losses, nonetheless other reports suggest the club is struggling to find suitors for Greizman and it is becoming disturbing for the Catalan giants.

Arsenal must sell before they buy Aouar

The Gunners are interested in signing Olympique Lyon midfielder, Houssem Aouar this month, however the club would have to sell some stars in order to sanction the transfer. The likes of Willian, Mohammed Elneny, Dani Ceballos and Granit Xhaka are all expected to leave to make funds avaliable to sign the French midfielder.

Chelsea striker, Oliver Giroud is set to leave Chelsea to join Italian giants, AC Milan this month. According renowned Italian outlet, Fabrizio Romano, AC Milan have made progress with the negotiations with the 33 year old's entourage and a deal is expected to be struck in the coming days.

Tottenham have reportedly turn attention to Manchester United target, Jules Kounde as they eye a summer move for the young defender. The 22 year old was heavily linked with move to Real Madrid and Manchester United prior to the transfer window, however it seem both clubs have slacked in their pursuit for the French International. Latest news claims, Tottenham Hotspur are interested in signing the Sevilla man this month as part of the defensive augmentation.

Liverpool have been tracking Portuguese midfielder, Renato Sanches since Portugal's exit from the ongoing European tournament. The Reds were elated with his performance with Portugal in the competition and set to open talks with the Lille midfielder for a potential switch to Anfield this month.