By KONTOMIRE (self media writer) | 1 year ago

The race to qualify to the Ghanaian top-flight league has been very competitive so far in the ongoing Division One League, (DOL). 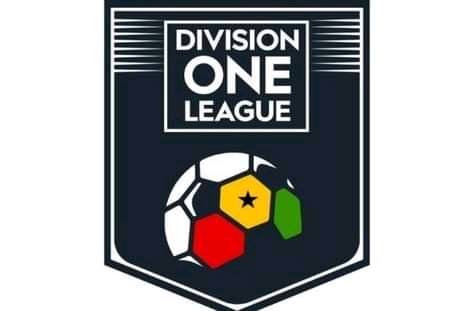 After 14 matches, life at the top and bottom half of the table in all three zones is shaping up nicely as clubs seek to undo each other to gain promotion and to avoid the drop to the regional second division leagues at the end of the season. 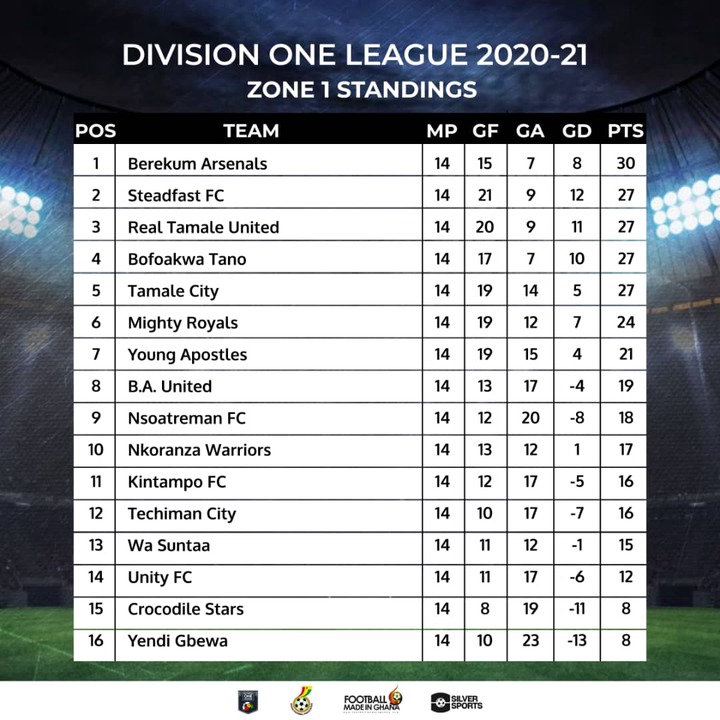 In Zone One, Berekum Arsenal has opened up a three points lead after 14 matches as they have amassed 30 points so far.

They are closely followed by Steadfast FC, RTU, Tano Bofoakwa and Tamale City FC who all have 27 points as we near the halfway stage of the season.

At the foot of the table, Yendi Gbewaa FC, (Dagbon United) and Paga Crocodiles have eight points each from 14 matches, and, occupy the last two positions in this 16-club contest. 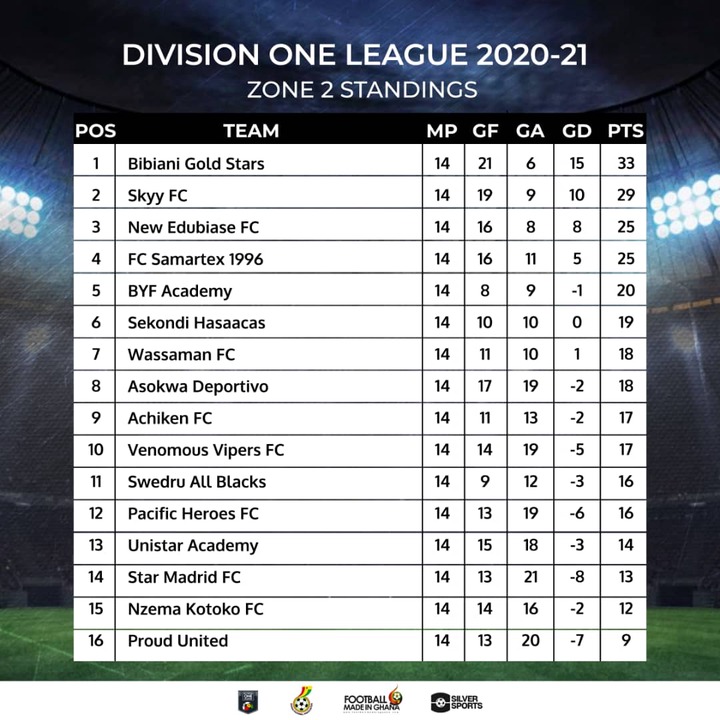 In Zone Two, Bibiani Gold Stars has 33 points at the top of the stairs, four points ahead of Skyy FC who are in second position.

New Edubiase United and FC Samartex FC are third and fourth respectively with 25 points apiece with BYF Academy fifth on the table with 20 points.

In the bottom side of the table, Proud United are rooted at the foot with nine points; Nzema Kotoko has 12 points, a point behind Star Madrid FC with UniStar Academy on 14 points and in 13th position on the table. 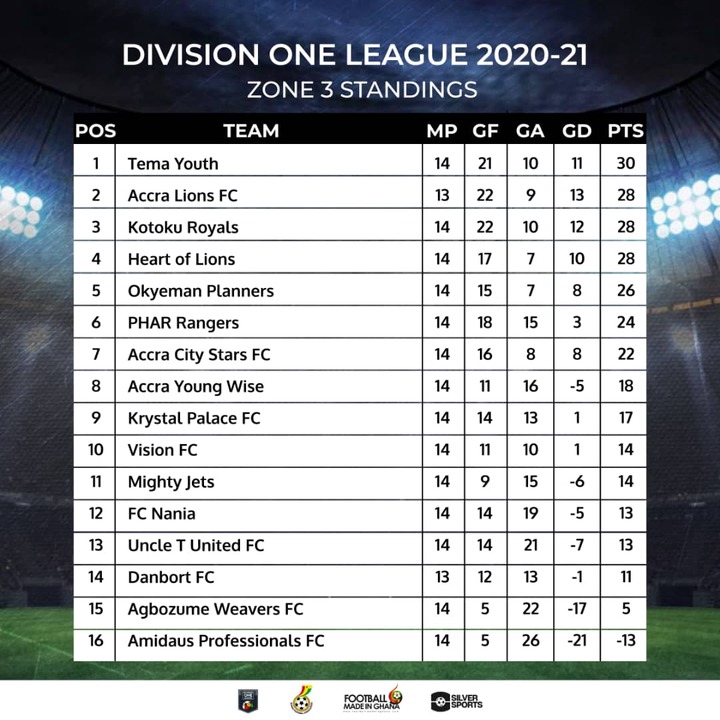 Former top-flight campaigners, Tema Youth top the table in Zone Three with 30 points ahead of Accra Lions who have 29.

Kotoku Royals has 28 points and occupy the third position with Heart of Lions in fourth also on 28 points.

The action in all three zones will continue this weekend with the Matchday 15 fixtures nationwide.