By GhanapublishingOfficial (self media writer) | 9 months ago 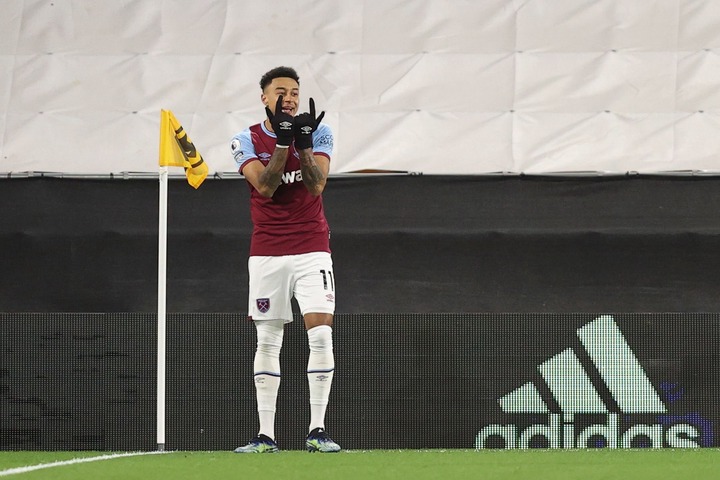 Jesse Lingard, the England international and west ham forward has once again shown his abilities.

In doing so, No player (including Mason Mount) has been involved in more Premier League goals than Jesse Lingard since his debut for West Ham on February 3rd (6 goals, 3 assists).

Jesse Lingard is having the time of his life at West Ham right now, proving everyone wrong.

His main struggle at Manchester United was playing against a deep block because his strengths are in the open field with space to exploit. West Ham don't face that , at least not on a regular basis and therefore he is thriving.