The encounter most fans were looking up to in Gameweek 9 was that between Manchester United and Liverpool. Liverpool set the ball rolling with an early goal from Naby Keita 5 minutes into the game at Old Trafford. Diogo Jota made it 2 for The Reds in the 13th minute. The Red Devils could not bounce back like they did in their UEFA Champions League game against Atalanta.

Rather, Mohammed Salah added to the woes of Manchester United with two goals in the later parts of the first half making it 4:0 in favour of The Reds. Mohammed Salah scored an early second half goal to complete his hattrick in the game. Paul Pogba who came on to replace Mason Greenwood in the second half was red carded for an awful challenge on Naby Keita. Fortunately for The Red Devils, playing with 10 men against a very strong Liverpool side with 11 men, they did not concede any goal after the 5 goals they had already conceded.

Check below for the current EPL standings: 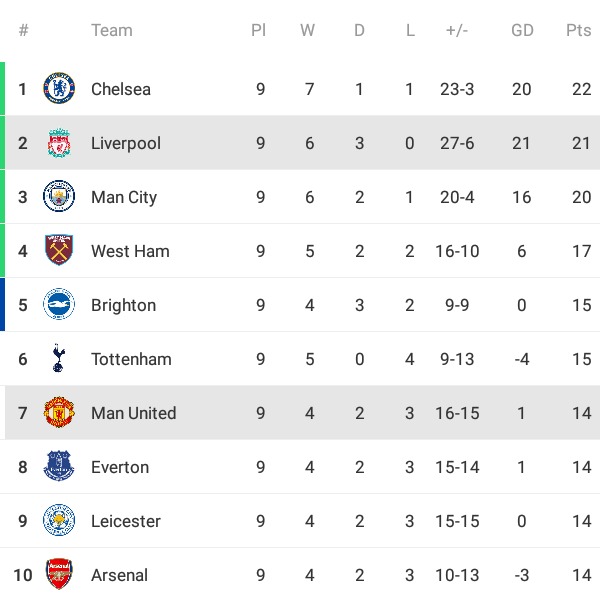 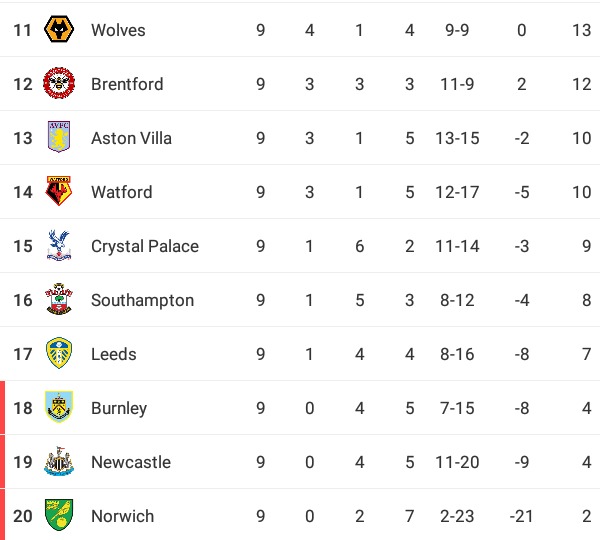 Liverpool returned to its 2nd place with this massive victory at Old Trafford. Manchester United who were among the Top 4 on the league table few weeks ago have dropped to the 7th position. The Manchester club is yet to secure a win after 4 consecutive PL games. Many want the coach sacked for such consistent poor performance in the Premier League. Ole out or in? Share your thoughts with us by leaving all your comments below.