By Hamsterslim (self media writer) | 1 year ago 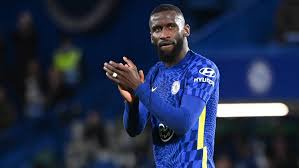 Due to a development at Real Madrid, Manchester United's pursuit of Antonio Rudiger may have just become a little more plausible.

Sky Sports recently reported that the Red Devils are one of a handful of major European clubs interested in the Chelsea defender, who is out of contract at Stamford Bridge at the end of the season.

According to Todo Fichajes, Real Madrid may be out of the running because of their inability to afford Rudiger.

Todo Fichajes' report concentrates on Barcelona as being more realistic prospects to recruit the Germany international, but this has to be seen as a positive development for Manchester United as well.

With Harry Maguire lacking for form this season and Raphael Varane dealing with ailments since joining the club in the summer, Ralf Rangnick's team must have room for Rudiger. 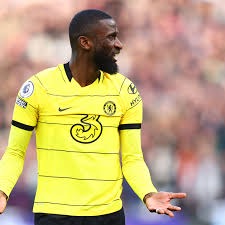 Rudiger has been a rock-solid performer for Chelsea recently, and it's not often that a player of his caliber becomes available for free.

It appears to be a no-brainer for United to try to entice the 28-year-old to Old Trafford, though it will be difficult if Barcelona is also involved. Rudiger could be better off signing a new contract with Chelsea rather than joining United right now, as the Blues appear to be in much better form.

Thomas Tuchel's team won the Champions League last season and will be among the favorites to do so again this season, but United now appear to be a long way behind, struggling to even enter the top four.

Thanks for reading this Article. Stay Safe and Blessed.

Content created and supplied by: Hamsterslim (via Opera News )