Referee Pulls Out A Gun For Self Defense As Fight Occurs During A Football Match.

An unexpected act has happened during a football match in Honduras. A picture of a referee have been trending massively on the internet because of the surprises and shocking scene that's behind the photo. The referee was seen holding a gun in his right hand that seems as his weapon used to protect himself from any kind of mob action.

A referee has made headlines in Honduras after he brought out a gun in the middle of a football match when it seems there were little chaos happening at the stadium. Fans filmed the unbelievable moment he walked around the pitch with the weapon in his right hand. He was officiating an amateur match in the Honduras league. Then referee did that action when he sensed a danger from one of the teams fans.

The team fans were really angry because they felt the referee have been cheating them all along in the match. What really made them angry was a scene they felt the referee should have awarded them a penalty but he refused. A relative is said to have handed him the weapon at the end of the match as a fight broke out amongst furious fans. now let's check out the scene from the match; 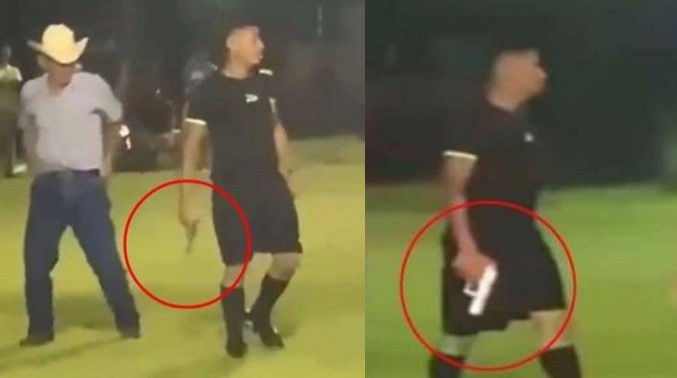 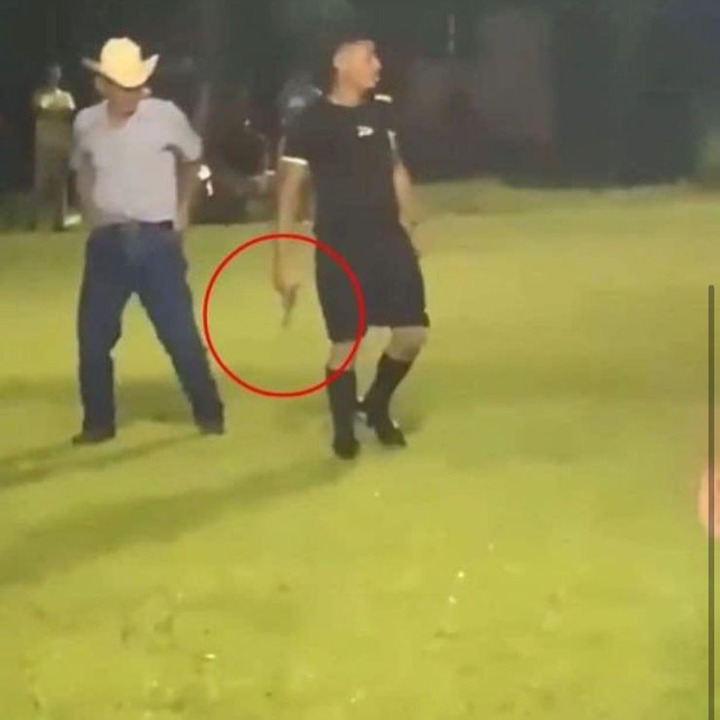 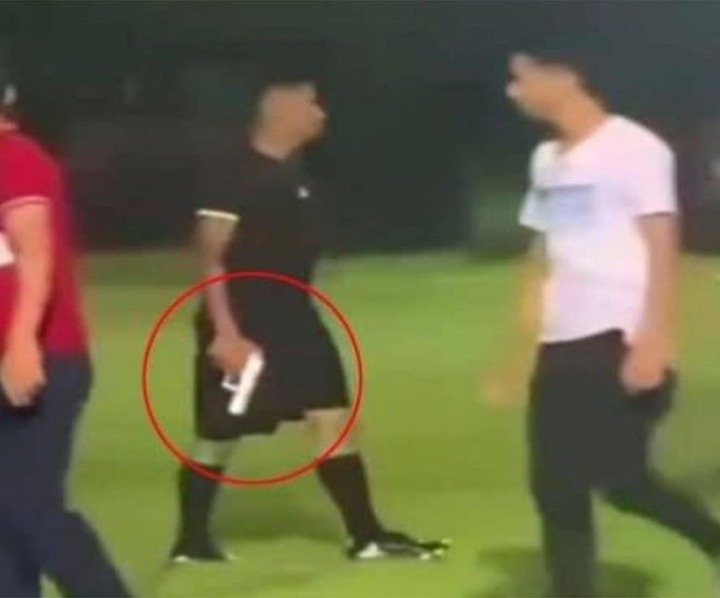