Another disappointing loss in the El Classico was too much for Barcelona fans to bear and once again channelled their agitations and blame toward Dutch manager, Ronald Koeman. Barcelona were defeated at Camp Nou on Sunday by their fierce league rivals, Real Madrid in a 1-2 scoreline, and the loss was nothing but the continuation of the club's horrible run of form under Ronald Koeman. The club had planned to fire Ronald Koeman a month ago, due to Barcelona poor start this season but their inability to find a befitting replacement for the 58year old saw them suspended their decision. 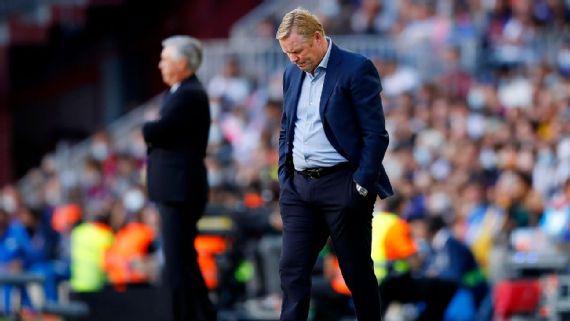 The fans of the club have already lost trust in Koeman and after the team's loss to Real Madrid yesterday, he saw the bad side of the fans as he drove out of the stadium. The fans continually impeded his drive, banging and kicking his car till he exited the stadium. It was sad to see the despise of the fans towards the manager, who is also a legend of the club get to that level. Have a look at the video of the incident at Camp Nou yesterday via the link below.

If for nothing at all the fans must consider his legendary status as far as the club's history is concerned and accord some respect to him. He remains the only defender with the most goals in football history, raking an incredible 239 goals, of which 86 of them were scored during his six year spell at Barcelona. He was also a captain of the club at a point and inspired the club to several glories but Barcelona fans seem to have forgotten all this amid his mistreatment. 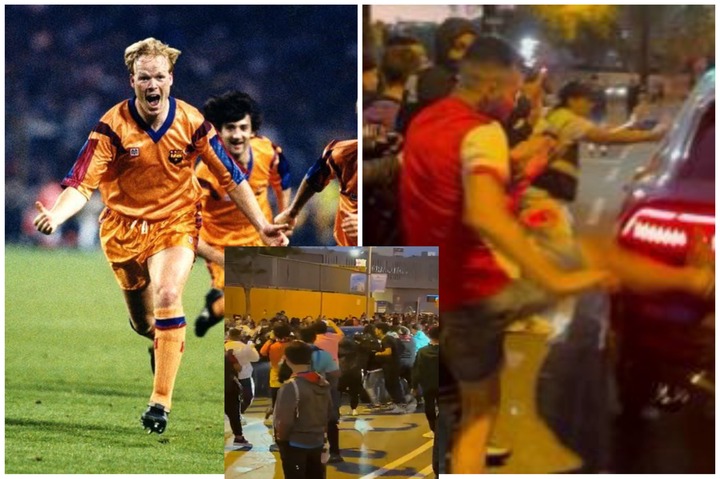 Meanwhile the club continue to search for a replacement with former Barcelona midfielder, Xavi Hernandez one of the potential mangers to take the position.

Nonetheless the defeat against the Los Blancos yesterday has widen the gap between the Blaugrana and the league leaders Real Sociedad, which currently stand 6 points apiece. However they would be looking forward to getting back to winning ways immediately as they face Rayo Vallecano on Wednesday and Deportivo Alaves on Saturday.