OFFICIAL: Ayew to PSG, Kane to Man City at £150M plus players, Ramos to Roma and many more headlines

By allround.news (self media writer) | 11 months ago

1. Former Netherlands player Rafael van der Vaart wants Netherlands to face Spain in EURO2020 knockout play. "Spain are awful, they have nothing in this team. They just go from one side of the pitch to the other, they don't even have a player who knows how to make a decisive pass".

3. Real Madrid midfielder Toni Kroos has revealed what he said to Cristiano Ronaldo after Germany’s 4-2 Euro 2020 win over Portugal.“We talked about the match and the upcoming matches. I wish them the best of luck, I hope they qualify for the next round, just like us.”

5. Former Ghana international Charles Taylor has urged Chelsea attacker Callum Hudson-Odoi to focus on his international career with England amid speculation about a possible switch to the West African nation.

6. Manchester City are ready to include Brazil striker Gabriel Jesus, 24, and England forward Raheem Sterling, 26, in any bid for 27-year-old England striker Harry Kane, who Tottenham value in the region of £150m.

8. Rafael Benitez is edging closer to the Everton job after further talks over the weekend, despite some fans protesting against the former Liverpool manager's possible appointment.

9. Manchester City made an official proposal to Tottenham for Harry Kane. £100M guaranteed + availability to include players in the deal.

10. England face off against the Czech Republic tonight. And reports say Jadon Sancho and Jack Grealish are primed to be snubbed by Gareth Southgate, who intends to go for his favoured front three of Raheem Sterling, Harry Kane and Phil Foden instead.

11. Germany defender Antonio Rudiger, 28, wants stay at Chelsea next season even though the club have yet to open talks over an extension to his current contract, which expires next summer.

13. Slovakia head coach Stefan Tarkovic has claimed Spain are still favourites to win their Euro 2020 group ahead of their key clash.

14. Roma are in talks with Wolves over a deal for Portuguese goalkeeper Rui Patricio, with the Premier League club wanting between £10m and £13m for the 33-year-old.

17. Liverpool star Sadio Mane has spent more than £450,000 to help fund the building of a hospital in his home village of Bambaly in Senegal.

18. Andy Robertson has swiftly deleted a clip of him playing table tennis with Billy Gilmour after the latter tested positive for Covid-19.

19. Italy PM Mario Draghi believes the Euro 2020 Final should not be played where ‘the virus is spreading quickly,’ but UEFA have confirmed Wembley as the venue for the Finals.

20. Jose Mourinho dreams of signing his former defender, Sergio Ramos as a free agent this summer to bolster his Roma squad.

21. Last summer, PSG tabled a £5M offer for Swansea City's Andre Ayew but the negotiations broke down. Andre Ayew has officially left the club and is now a free agent. Do you think Ayew to PSG can be possible this summer? 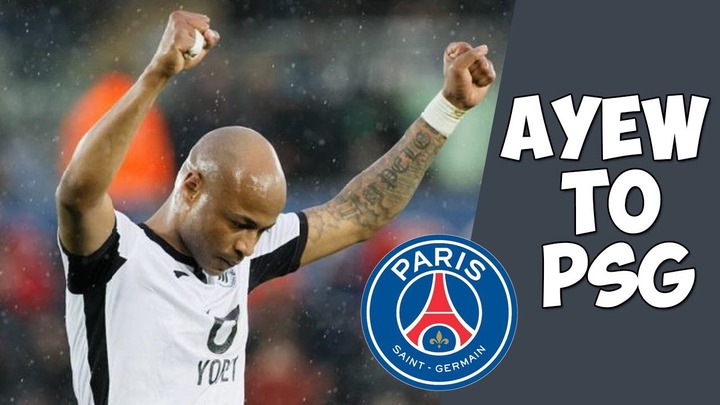 Law Of Attraction: How To Create A Powerful Money Portal