By Patrickbaah (self meida writer) | 1 months 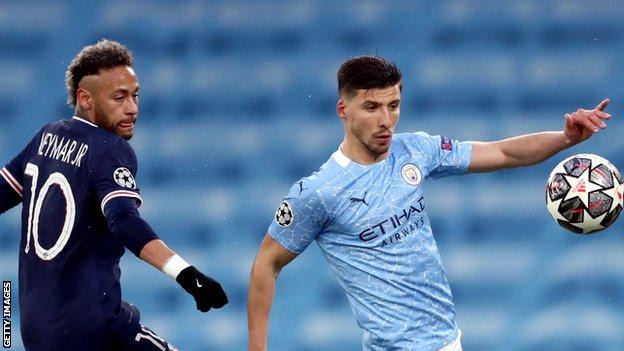 Manchester City defender Ruben Dias has been named men's footballer of the year by the Football Writers' Association.

He has helped the club win the Premier League and Carabao Cup just as arrive at the last of the Champions League, in which they will play Chelsea.

"It is an immense advantage. Clearly I was unable to have done it without the achievement of the group," said Dias.

"I think me getting this prize is the significant illustration of how our group functions, the manner in which we assemble our game.

"It mirrors all the fellowship we have on the pitch, how we perform and the soul that is in the group and with these players."

Nine City players got votes, representing over half of those cast.

Dias is just the third player to win the FWA grant in his first season in English football, and the last safeguard to win the award was Liverpool's Steve Nicol 32 years prior.

Content created and supplied by: Patrickbaah (via Opera News )