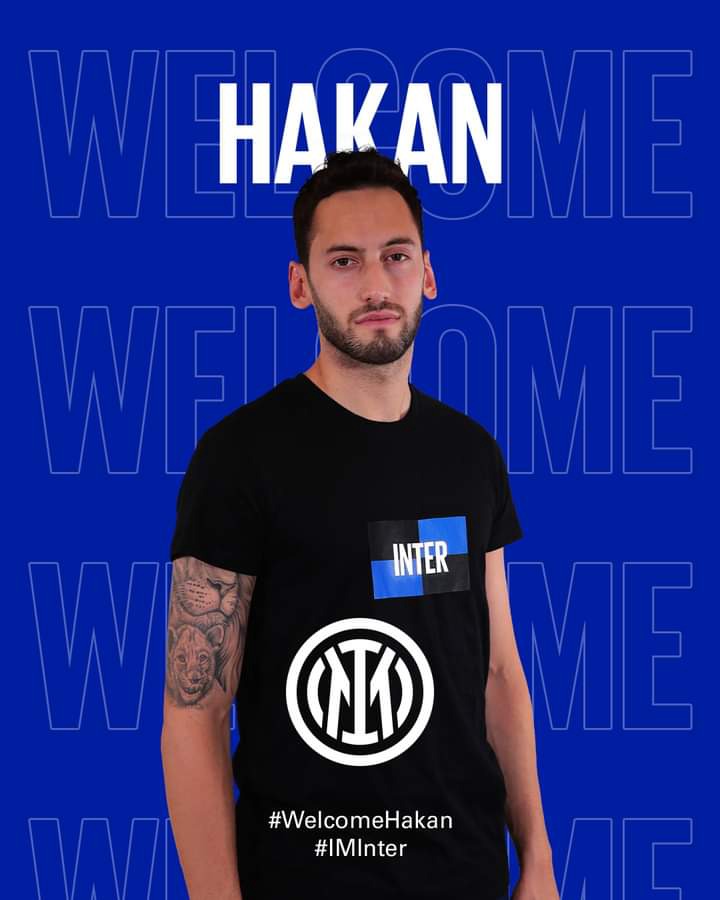 The Turkish midfield maestro has joined the Nerazzurri with a 3 years deal lasting until 30 June 2024. The 27 year old attacking midfielder was born at Mannheim in Germany on 8th February 1994, but he choose to play for the Turkish national team in which he started from under 16- level onwards. He made his senior debut in 2013 up to date with 62 appearances with 13 goals.

He joined AC Milan on 3 July 2017 by playing 180 matches and scored 31 goals in all competitions. He played 47 matches and scored 8 goals with 11 assists in all competition last season for AC Milan. He played 3289 minutes with 83% completed passes and 1.96 shots per match and also his shots per goal was 12.25 as well as minutes per goal was 411 He began his professional career at a second division side Karlsruher in Germany in 2010 and moved to top-flight side Hamburg two years later, spending one year loan season back at his first club.He was later transfered to Bayern Leverkusen in 2014 with a whopping amount of 14.5 million euros. He spent 3 seasons there by scoring 28 goals in 115 official appearances. In 2017, he signed for AC Milan for an initial 20 million euros fee. His best individual honour is winning the Serie A most valuable player of the month of December in 2020.You can appeal for people to follow you.

Thanks for reading through this particular article, please kindly click on the follow button on the right corner of your screen to subscribe to my channel for more interesting news on sports.