"He's The Worst Coach I Have Ever Seen in Premier League, He Loses all His Matches" - Jose Mourinho

By Hajia_Maryam (self media writer) | 15 days ago 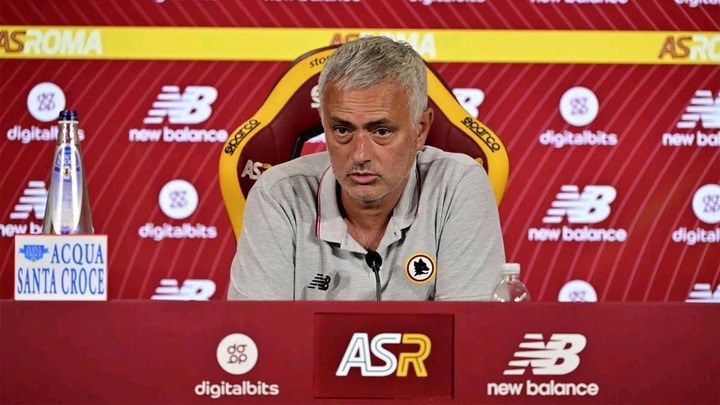 Jose Mourinho is well-known for his blunt nature, the new Roma coach is never afraid to speak his mind. He has managed Chelsea, Manchester United, and Tottenham during his time in the English premier league. He has played against many coaches in the premier league, so he knows one or two things about many of the managers.

Many people know that Jose Mourinho is not someone you can mess with. The Portuguese coach is an expert in mind games, and he is not shy of creating controversy, this is something the current coach of the Netherlands, Frank de Boer can testify to. In 2018, the former Netherlands International had not spared the Portuguese technician, saying that he spoiled Marcus Rashford's potential during his time at Manchester United.

A criticism that did not please the current Roma coach. “I read a statement from the worst Premier League manager I have ever seen, Frank de Boer, who said it was not good for Rashford to have a manager like me. If he was coached by Frank, he would learn to lose because he (De Boer) loses every game", said Mourinho.

“It's shame that Mourinho is his coach. If he's playing one or two average games, Mourinho pulls him out. He is very young, he needs playing time. He is so talented that you want to see him every week", explained the Dutchman.

What's your opinion? Let's hear your own view.