Cristiano Ronaldo signed his contract with Manchester United today and granted an extended interview answering questions about his second spell at the club. The five times Ballon d'or winner made headlines few days to the transfer deadline, after agreeing to rejoin Manchester United from Juventus which has sparked a whole lot of debate as to how his second stint will pan out.

However Ronaldo gave answers to some salient questions today and revealed how eager and confident he is ahead of his debut. According to Ronaldo he never thought of returning to Manchester United after leaving in 2009 but denounced how he's glad and excited to join the club again. The 36 year old added that, he is at the club to win again and will do well to start his season the best possible way. 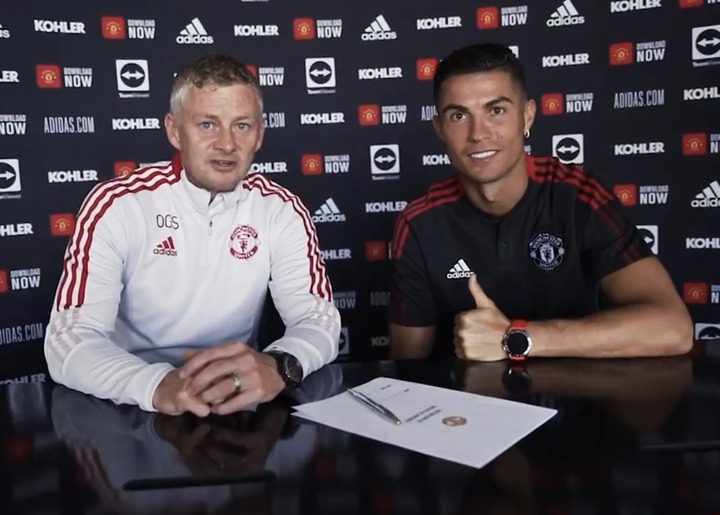 During the interview, he gave a hilarious answer and laughed when he was asked whether he will start Manchester United's game this weekend. Ronaldo said, he is prepared to play and will pressurise Red devils boss, Ole Gunnar Solskjaer to include him in the starting line-up.

Despite his vast experience, the Portuguese also revealed he will be nervous on Saturday if he happens to make his debut, however according to him it wouldn't be like that of 2003, where he super nervous when making his debut as an 18 year old because, he's more matured now. 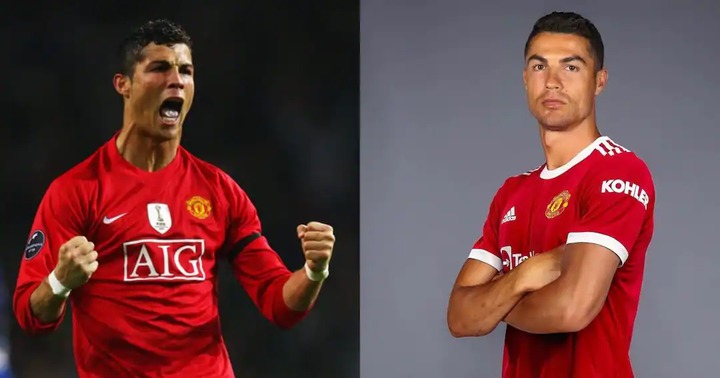 This Saturday, 11th of September 2021 would be a monumental moment for Ronaldo and Manchester United fans if he makes his debut for the club, as they host Newcastle United at OldTrafford. The Red devils will be looking forward to registering their third win of the season by defeating the Magpies. Three days afterwards, they will fly all the way to Switzerland, to open 2021/22 UEFA Champions League campaign by facing Young Boys FC. With massive quality at Ole Gunnar Solskjaer's disposal after Cristiano Ronaldo's inclusion, Manchester United fans would be expecting nothing short of win in both games and in their subsequent fixtures as well.