By Raysportz (self meida writer) | 1 months

After a Champions league action this week, the team of this wwwk has been released. The Premier league players are dominating. In goal keeping, Edouard Mendy was ranked the first after a massive performance against Atletico Madrid. Mendy managed to keep his seventh clean sheet in the Champions league this season.

In defence, two Spanish and two English based players were upfront. Lucas Vasquez and Sergio Ramos from Real Madrid, Zouma from Chelsea and Cancelo from Manchester city were in defence. 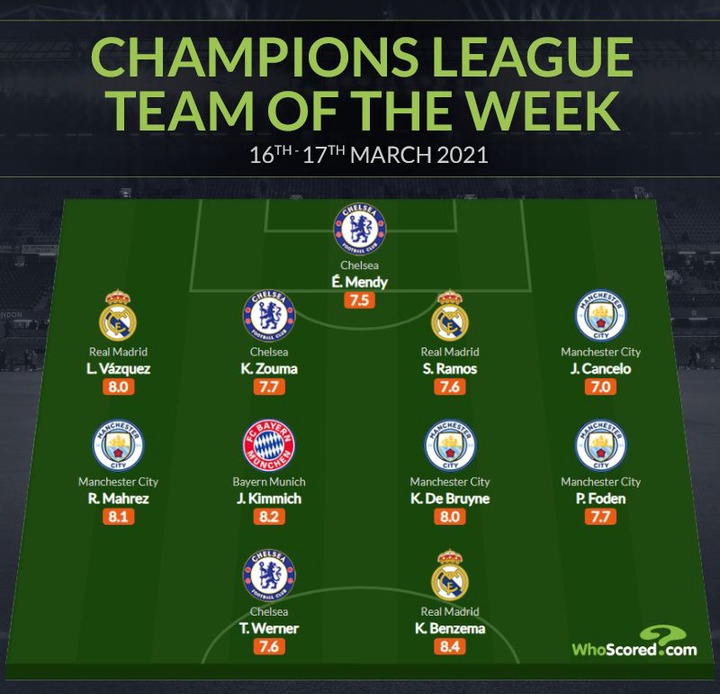 Real Madrid's striker Benzema jumped into the team of the week with his goal on Tuesday night. He scored the last goal of the match as Real Madrid sealed their quarter finals spot. Tough Werner couldn't score this week, his performance was key in Chelsea's win over Atletico Madrid as he provided an assist. 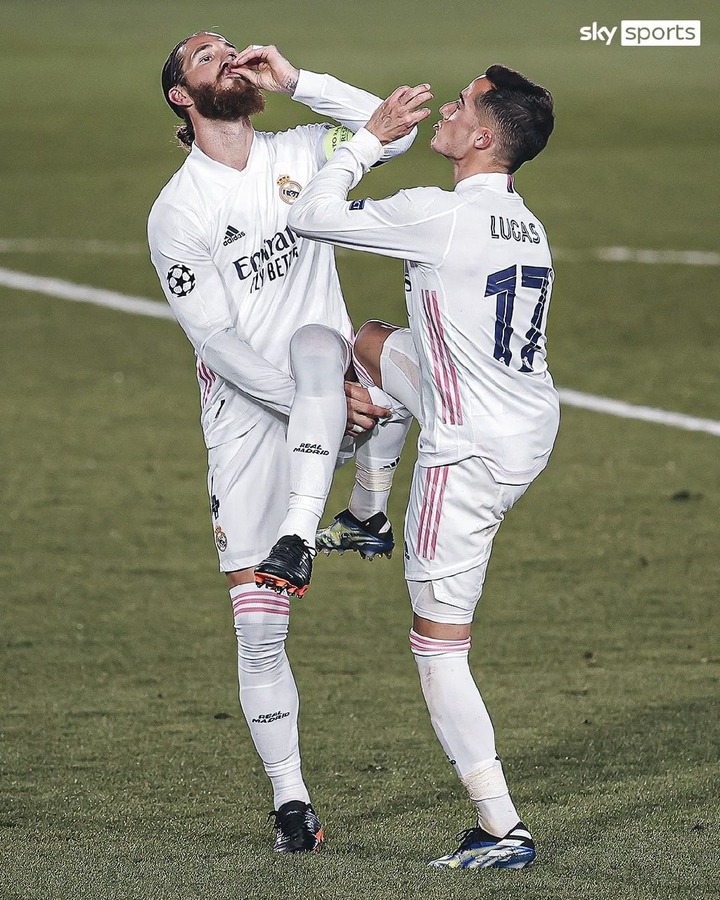 In total seven players of England were in the team of the week of the Champions league with three from Spain and one from Germany.