N'Golo Kanté, who plays as a central midfielder for a Premier League club known as Chelsea and the France national team, has reacted to the comments about him being one of the kindest and nicest football players on the planet. 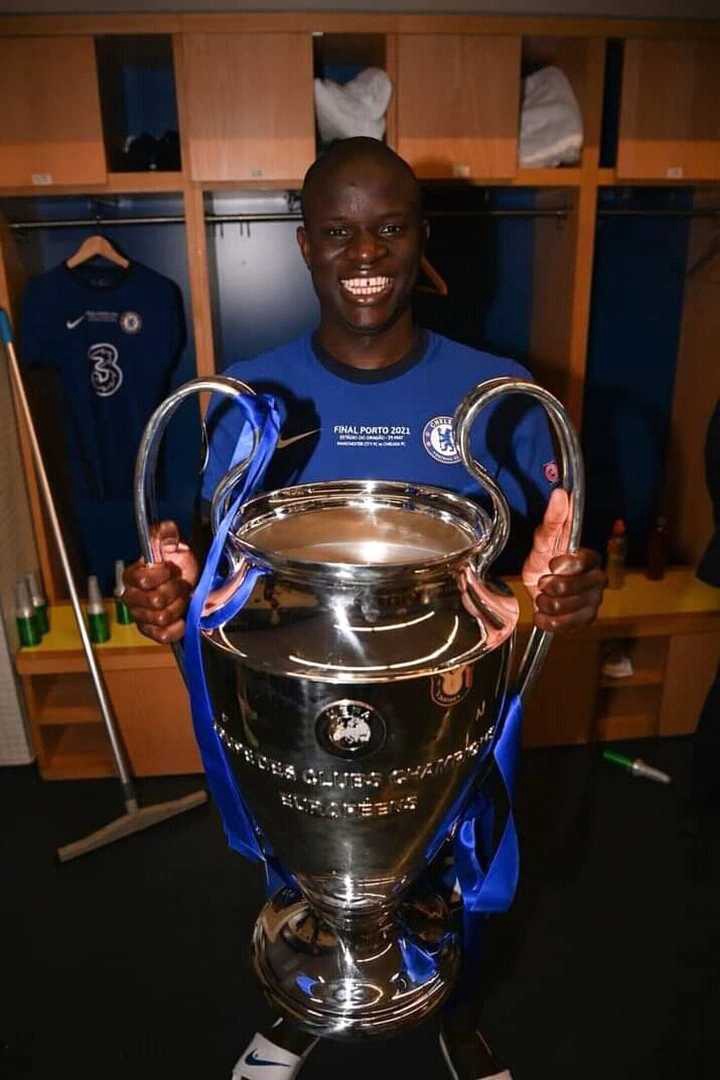 The popular Chelsea central midfielder known as N'Golo Kanté is one of the fans favourite among thousand football supporters and the most admired by his club fans and other football lovers, even football players also hold the Chelsea midfielder N'Golo Kanté in a high esteem. It still won't be any doubt if he is called the world's most loved footballer due to his affection and respect he gets on a daily basis. 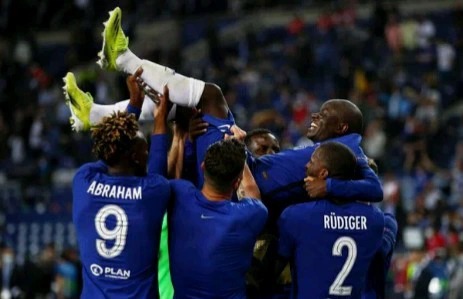 However, N'Golo Kanté is often seen as a very shy and calm person. This has repeatedly been proven by his teammates both at the nationally and club level. The Chelsea midfielder isn't cut out for a flamboyant lifestyle as most football superstar usually have. He is known for being calm and for his charming smile both inside and outside the football pitch. 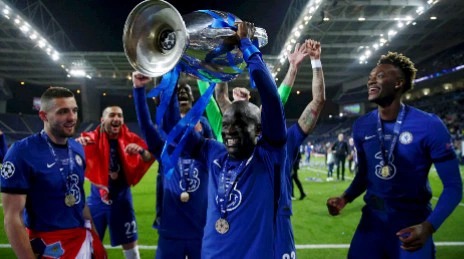 The Chelsea midfielder was seen in a recent interview in which he reacted to comments labelling him as the kindest and nicest player in football. 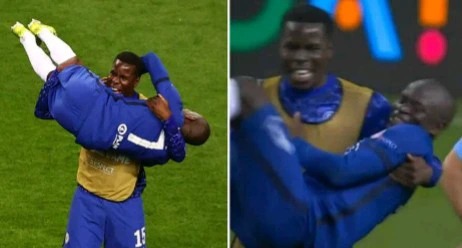 He then stated I was just a normal guy. A player amongst others. There is no need to say I am the kindest or nicest. There are other people like that in football.

Here is his statement below; 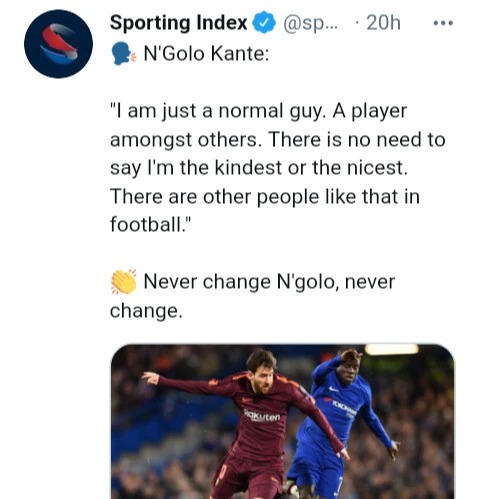 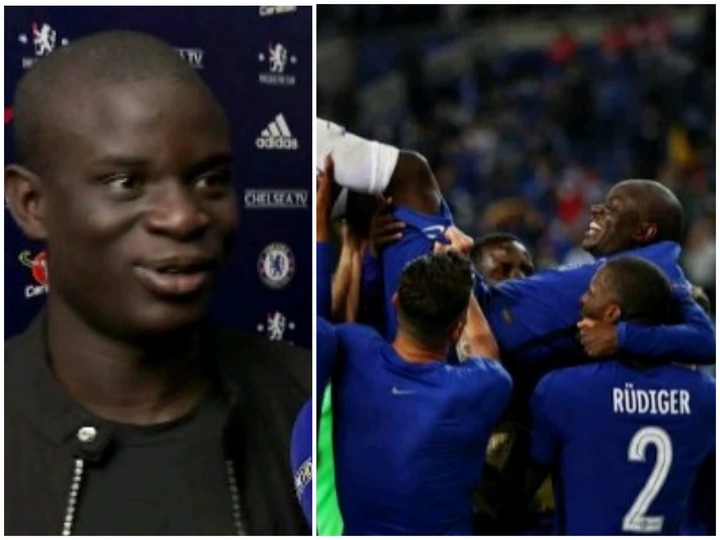