By Blind_Justice (self media writer) | 11 months ago The major opposition National Democratic Congress (NDC) have been defeated in a friendly match today in Accra. It was a game between the two major political parties; NDC, and the governing New Patriotic Party (NPP).

The two teams; Akufo-Addo and Bawumia Babies (of the NPP) and Mahama Babies (NDC) were composed of players of the social media handlers and influencers of their respective parties. With Yayra Koku as the goalkeeper for the Mahama Babies, the NDC lost to the NPP team by two goals.

The National Youth Organiser for the NPP, Henry Nana Boakye alias Nana Bee, who acted as the head of NPP management & Technical Team, took to social media to mock the NDC over this humiliating defeat. He narrates that the coaching competence of Charles Nii Tieko Tagoe, and captainship of Ernest Owusu Bempah sent two shots through Yayra Koku's legs into the nets without any hussle. 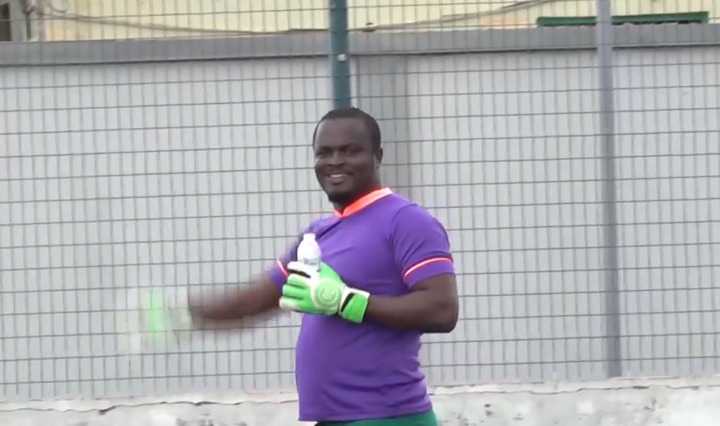 The game was broadcasted on the social media page of the NDC, and got some interesting comments from Ghanaians. Interestingly, the NDC for suffering another defeat after the election, had kept silent on this.

The outcome of the game; two to nill against the Mahama babies, reflects the two time defeat John Mahama had suffered at the hands of President Nana Akufo-Addo.

This defeat had become a trendy issue in the political space among activists of the two parties. It is expected that the NDC Mahama Babies will call for a rematch soon so they can redeem themselves from this humiliating defeat.

Above all, the game has proven the tolerance both parties have for each other. Behind their social media accounts they present quiet some hostile attitude all in the name of partisan politics but in reality they are very friendly and accommodating of each others behaviour and political preferences.

What Ghanaians should charge then to do is to maintain such friendly relationships and prove to Ghanaians and the international community how peaceful political actors are in Ghana.