By Abdul (self media writer) | 1 month ago 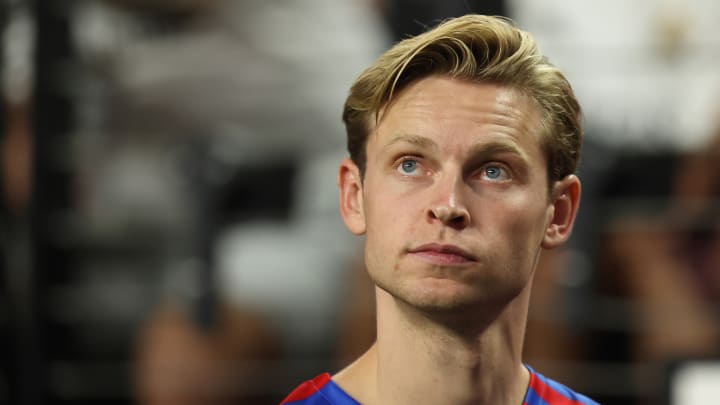 Barcelona club president Joan Laporta has admitted that even as he's going to do everything in his electricity to keep Frenkie de Jong, he refused to rule out the opportunity of him leaving for Manchester United.

90min understands that Man Utd and Barcelona have agreed an €85m charge for the midfielder, but the deal is being held up via De Jong's insistence on being paid around €20m in deferred wages. Nevertheless, the Red Devils are closing patient of their pursuit.

Laporta has spoken about the 25-yr-antique's future plenty in latest weeks and has often insisted that he needs the Dutchman to stay at Camp Nou, but while requested by CBS Sports whether he could categorically verify that De Jong may not give up the transfer window at Man Utd, he admitted it become still viable.

"In football, you never realize. I cannot say categorically. It all relies upon at the exceptional parties. But in principle, I can say there may be a sturdy opportunity he remains, and I can say as president I will do my best for him to live at Barcelona," Laporta stated.

When requested about the want for De Jong to take a pay reduce, Laporta stated: "All we're doing with Frenkie is similar to the relaxation of the squad. The signings coming in have adjusted their income to the new structure. But Frenkie has a settlement and we admire that. We can't force him to take a pay cut. It's his choice.

"We are seeking to manipulate the football membership in a prudent and sustainable way. So we should have these talks and we achieve this in a relaxed and taken into consideration manner. We have explained the state of affairs and are grateful to any players who can help us. It changed into the equal with Dembele and I am very thankful to him. And after months of talks, he frequent a renegotiation of his revenue and he may be proud of his decision.

"[If De Jong doesn't take a pay cut] Then he's going to keep. Has has a agreement. We will recognize that selection. For us, he is a Barcelona participant. We count on him."