By Atomphi (self meida writer) | 22 days 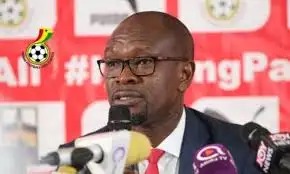 Charles Kwablan Akornnor know by many as CK Akornnor was born on 12th March, 1974.CK has managed five different clubs within the Ghana premier league. His first taste of such was with Sekondi Eleven Wise (2009-2010) as head coach and later became the Director of Sports (2010-2012).

Sports (2010-2012). His success lead him to a top job with Accra Hearts of Oak (2012 season). His progress was quick and moved on to Dreams FC (2013-2015). After a successful string of results which saw Dreams gaining promotion to the Ghana premier league and a successful season placing 8th he moved to his former playing club Ashanti Gold SC. 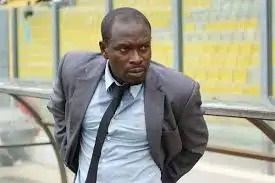 His final club side assignment before his national team appointment was with Asante Kotoko. He as well won the NC Special Competition ( is a version of the Premier league) 2019 with Asante Kotoko earning several awards including Best Coach of the season. He has in total managed 126 matches with 48 wins , 32 draws, 46 loss.

He is currently the national team coach of Ghana (Black Stars) after serving as Assistant for few months. Prior to that he was shortlisted for the Guinea national team job.

Meet The Ghanaian Who Develop Cars From The Scratch Just Like Kantanka.