Manchester united fans have run into tantrums after their embarrassing loss at the Wankdorf stadium against Young Boys FC today. After witnessing a scintillating display against Newcastle United at Old Trafford last week, Manchester United fans expected a similar display and an easy win for the Red devils against the Swiss giants, however it was the opposite. Cristiano Ronaldo gave United the lead just 13 minutes into the game but Young Boys remained resilient and staged a dramatic comeback, equalising in the 66th minutes and capitalising on Jesse Lingard's howler to get an injury time goal to defeat Manchester United. 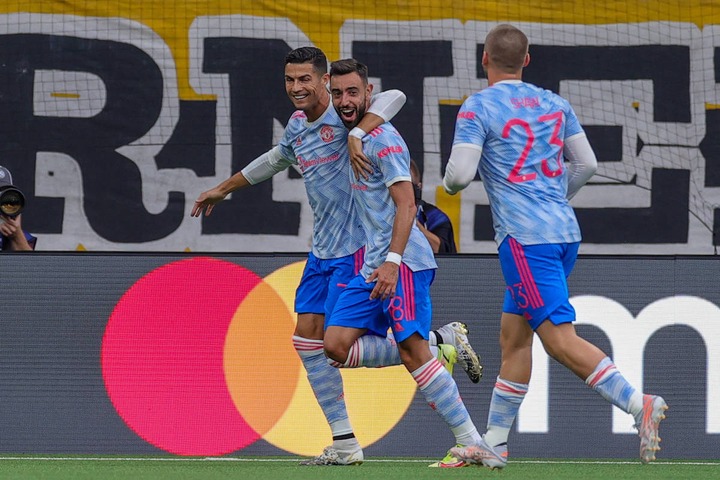 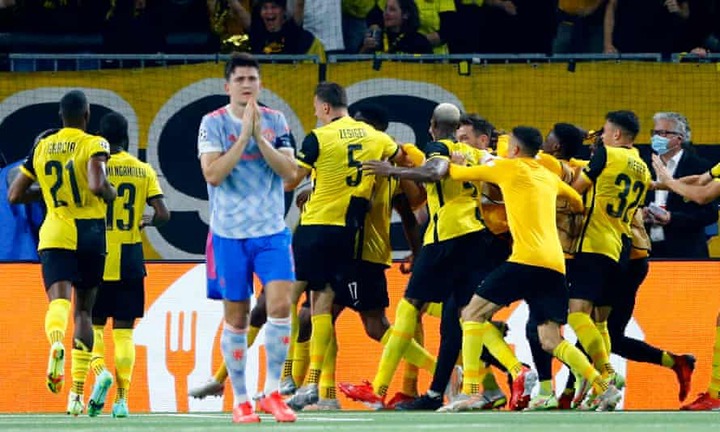 The defeat was indeed shocking and sparked some agitations among their fans, who felt the defeat was avoidable. Some section of the fans cited Aaron Wan Bissaka's 36th minutes red card, which reduced the Red devils to 10 men as the reason for the loss. However the lion share of the blame was directed at United's manager, Ole Gunnar Solskjaer, with most of their fans suggesting he was the reason the team lost. 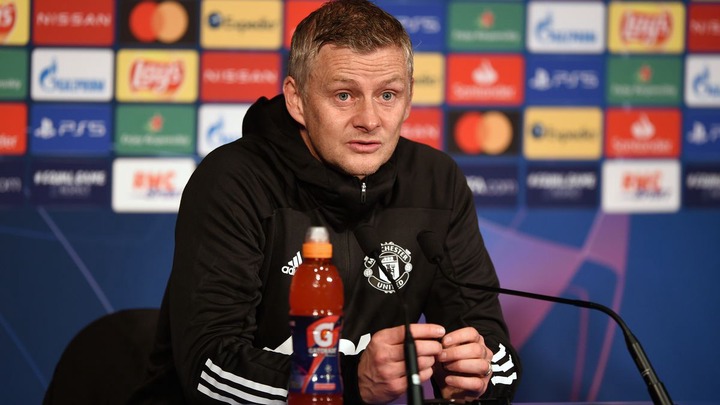 Some claimed they couldn't fantom why he left their new signing, Raphael Varane on the bench to play Victor Lindeloeff. Others asserted he isn't the right coach to bring back their club's golden days. Take a look at some comments from the agitated fans.

Manchester United now find themselves in a precarious situation following their defeat and sit at the bottom of their group with zero points, while Young Boys lead with three points. The other fixture of the group between Villarrael and Atalanta played out in a draw which means both clubs have one point each. The Red devils now have a herculean task ahead if they want to progress to the next stage, thus to accumulate at least nine points in the subsequent fixtures as they face Villarrael and Atalanta and Young Boys in a return leg. Nonetheless anything short of qualification to the next stage could see Ole Gunnar Solskjaer shown the exit door.

For Courageous Men: Her Front And Backside Is As Heavy As A Mountain