Two England fans in Qatar relax with a lion inside the Sheikh's Palace.

Two England fans on a beer tour in Qatar found themselves in a Muslim palace where they were treated like royalty along with lions and birds. 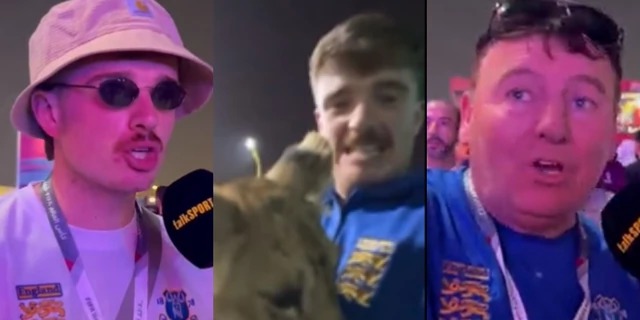 The fans, Alex and John were looking for beer in the Middle Eastern country when they met Nawaf and Abdul Aziz, who claimed to be the sons of the Sheikh.

They followed people from Qatar to their homes, and it turned out that their claims were true.

Alex told talkSPORT: “We had a good time, having fun, settling down and getting ready. We had a great time." "We were looking for beer when they said, 'We'll sort the beer,' so we jumped in the back of his Toyota Land Cruiser and ended up in a grand palace." We were in the back and he showed us monkeys and exotic birds; it was crazy."

“Last night we met one of the sons of the sheikh, and he took us back to the palace and showed us that he has lions and everything,” John Continued.

"They made us feel welcome, and it doesn't get any better than that."

FIFA's threat to place any player wearing the 'OneLove' captaincy at the 2022 Qatar. The World Cup forced Harry Kane and the other captains to stop protesting.

The captains of England, Wales, Belgium, Denmark, Germany, the Netherlands and Switzerland planned to wear multicolored armbands to protest Qatar's treatment of the LGBTQ community.

However, according to a joint statement issued by the football federations of the aforementioned associations, the captains will no longer carry out this plan.