By KONTOMIRE (self media writer) | 8 days ago

Glorious Accra Hearts of Oak has announced the signing of talented youngster Wisdom Bumekpor on a five year deal.

The Phobians, announced this on their media channels in recognition of the talents of the promising starlet.

Bumekpor joins the Phobians from Eastern Regional Second Division side Gye Nyame FC after impressing on trials with the capital club.

He becomes the fourth player to be confirmed by the record winners of the FA Cup after the signings of goalkeeper Eric Ofori Antwi, defender Zakari Yakubu and striker Junior Kaaba. 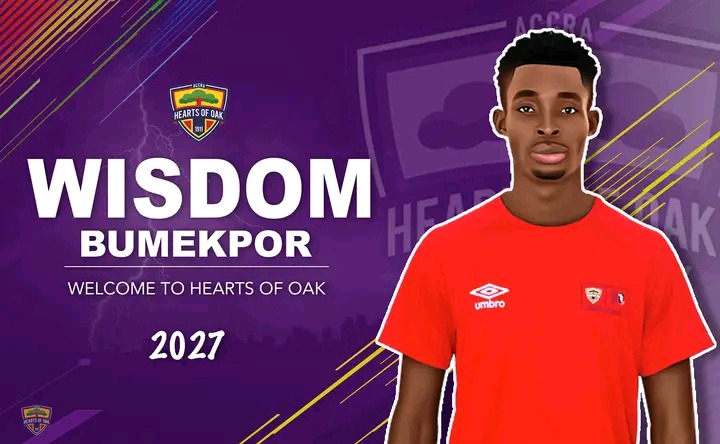 Bumekpor joins a Hearts of Oak side that is preparing for the start of the 2022/24 football season hoping to improve on what they achieved last season.

The Phobians finished sixth in the GPL last season but, win the knock out competition for a second successive season.

Bumekpor and co will look to do better in the upcoming campaign, with the Phobians also set to participate in the CAF Confederation Cup competition next season.