Abalora lasted the entire duration of their away game at FC Sfintul Gheorghe as they won 2-0 on Saturday.

This was a Matchday 28 encounter for the already crowned champions and, they celebrated in style as they posted their 22nd win of the campaign. 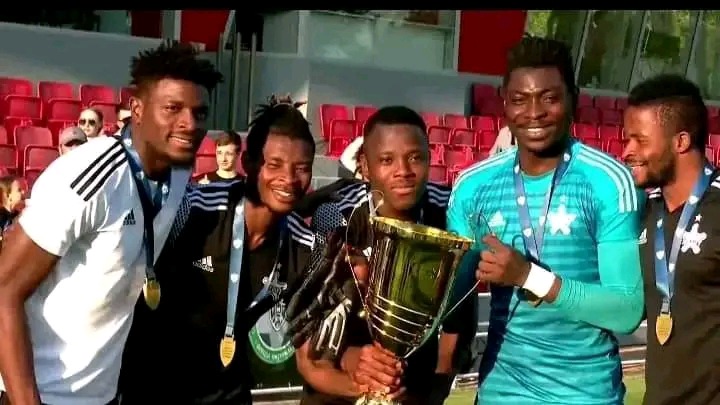 Credit at the back went to Abalora for his splendid display in helping the side keep a clean sheet as they registered their 75th goal of the season.

FC Sheriff Tiraspol has an unassailable 70 points lead at the top of the stairs after 28 matches and a goals difference of plus 67 in the Moldova Divizia Nationala having already clinched the title.

Razak Abalora was rated at 8.5 in the game as he continued with his outstanding displays for FC Sheriff Tiraspol since joining the record Moldovan champions from Ghanaian giants Asante Kotoko in January.

In the same encounter, another Ghana international Edmund Addo also enjoyed the full throttle of the game as he bossed the action in the middle of the park.

Addo was rated at 8.0 in this fixture as FC Tiraspol continued with their recent good form.

They have clinched a place in the European Champions League for next season and, they will look to impress after their exploits in the competition this season.

Monday Football Predictions To Consider And Bank On.

Check photos of Fameye, Aaron Adatsi and Strong man with their Baby Mama.