The second round of matches in the UEFA Champions League group stages came off today and the biggest clash among the fixtures was the game in group A between Paris Saint-Germain and Manchester City, at Parc de Princes. The match ended in a 2-0 scoreline in favour of the Parisiens after a first half goal from Iddrissa Gana Gueye and a sumptuous goal from Lionel Messi saw them defeat the Cityzens. However the match produced several incidents that has sparked debates and trolls on social media and one of the them was when Lionel Messi formed a human buttress behind the PSG freekick wall, as they shielded a Manchester City freekick. Many were bewitched and left questioning why a player of his calibre would agree to lay on the ground and perform such defensive duties. Take a look at the picture and reactions from netizens. 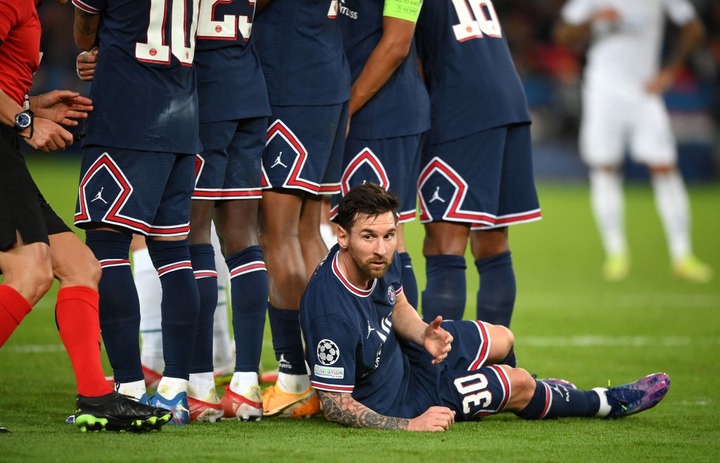 Forming a human buttress behind the freekick wall has become common way to defend free kicks lately, given how some freekick takers are able to hit the ball beneath the wall to score. With this style, the players forming the wall are able to jump freely and thwart the ball in the skies as the player laying behind provides a cover underneath. Lionel Messi opted to lay behind the wall today to make sure their lead in the game wasn't threatened by the City's sharp attack. 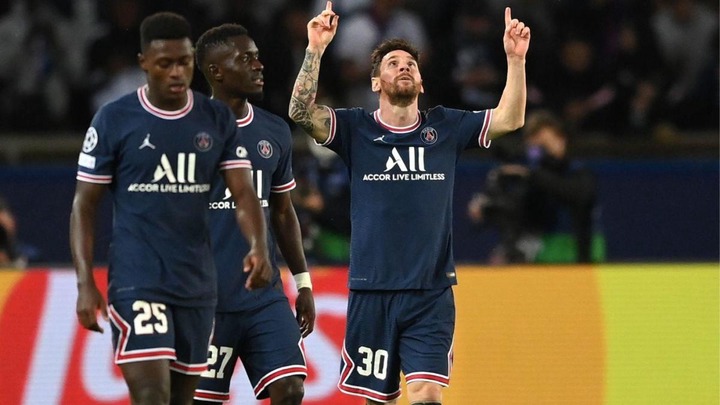 Meanwhile the Argentine finally broke his goal drought and it is anticipated many more goals will follow in the subsequent weeks. The 34 year old was under pressure to replicate his prolific goalscoring form at the French club but he has found life at his new club hard and was yet to score or assist in PSG jersey. However he finally scored today and their win tonight means, PSG tops group A with 4 points.

The have accumulated the same points as Club Brugge, who also won against RB Leipzig today, but separated by goal difference. Manchester City on the order hand lie 3rd with 3 points and at the buttom is RB Leipzig without a point.