Leeds and Barcelona come to a Raphinha agreement.

By Team-Gaius (self media writer) | 6 months ago

Raphinha's trade between Barcelona and Leeds has been finalized, with the English club eventually approving the Catalan club's proposals. 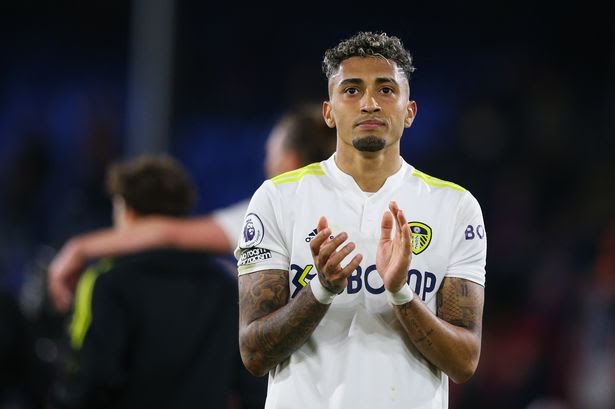 As the Premier League team awaited an official offer from the Blaugrana and sought payment guarantees before accepting the bid, negotiations had come to a stalemate for a few days. The Blaugrana were planning a bid that was thought to be worth 55 million euros plus an additional 20 million in performance-related add-ons, placing the Catalan club's offer in the same range as those Leeds already had on the table, like from Chelsea.

Leeds and Barcelona had already engaged in negotiations to get at those figures, but after that, Barcelona needed to explain the factors and formally deliver their offer, which they have now done. The English club had been acting cautiously since they were aware of Barcelona's financial difficulties and needed assurances that the team could adhere to the suggested three-instalment schedule on time. We can now assume that they received those assurances.

Raphinha was waiting for the two clubs to come to an agreement while in London. The player has not traveled to Australia with the rest of the Leeds team because Barcelona and Chelsea are both very interested in signing him. He started his career in Brazil with Avai before relocating to Europe at the age of 19 to work for Vitoria Guimaraes. Before joining Leeds in 2015, he later played for Sporting CP and Rennes.