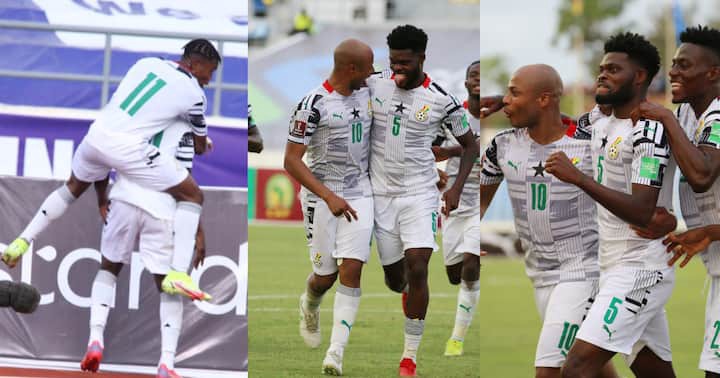 The Black Stars went into the game four points behind South Africa, who had triumphed in Ethiopia earlier in the day.

Following a wonderful exchange of passes on the left, which was begun and finished excellently by Mohammed Kudus after five minutes, the team broke the deadlock.

In the 18th minute, the Ajax midfielder nearly increased the lead, but his effort was well parried by the Zimbabwean goalkeeper, and he forced another save from the shot stopper at the half-hour mark. Kudus then worked his magic, assisting fellow youngster Kamaldeen Sulemana, but the Stade Rennais midfielder's goal was deemed offside before the halftime whistle.

After the break, the Warriors took advantage of weak defending, with Djiku committing a foul in the box, resulting in a penalty that was converted by Knowledge Musona of Saudi Arabia. Milovan Rajevac soon made a double replacement, replacing Fatawu Issahaku and Jordan Ayew with Baba Iddrisu and Benjamin Tetteh.

The Black Stars recovered control, with Tetteh coming near in the 61st minute before goalkeeper Jojo Wallocot produced a spectacular save just a few minutes later. Partey grabbed the ball from a Zimbabwean defender before gliding into the area, dummied, and blasted home as the game went back and forth.

After Benjamin Tetteh teed up Kudus in the 71st minute, the game could have been over. After a period of dominance, Baba Rahman fired in a superb cross, which was met by captain Andre Ayew's crucial header to seal the Black Stars' victory. Kudus and Ayew were subsequently replaced by Samuel Owusu and Yaw Yebaoh, who both scored goals.