MTN FA Cup final: We will beat Hearts of Oak on Sunday to crown a successful season - Bechem United

Ghana top-flight side Bechem United has vowed to win the MTN FA Cup final on Sunday to crown a successful season for them.

The Hunters will face defending champions Accra Hearts of Oak in the grand finale of this season's competition at the Baba Yara Stadium in Kumasi.

And, Bechem United insists they will look to win the trophy against the Phobians in this upcoming contest which will be shown live on television worldwide.

Bechem United finished third in the just ended Ghana Premier League, GPL competition and, they hope to end the campaign on a high with victory in the knock out competition on Sunday. 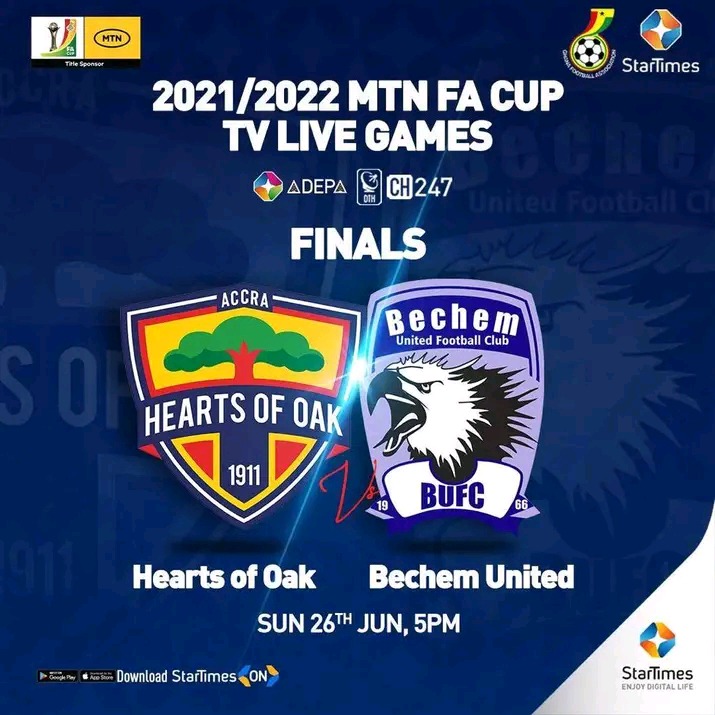 "By our standards, we have had a good season and, it will only be proper if we crown it with success in the knock out competition no matter the opposition we will face on Sunday", a club spokesperson told the local media ahead of the game.

Going into this fixture, they will fancy their chances of victory against a Hearts of Oak side that lost their last four matches in the just ended GPL competition.

The Hunters are former winners of the competition and, they will look to add another title to their trophy cabinet and build on it for next season.

This, is what the club spokesperson said they will be going for and, they may just get it against the Phobians who are short on confidence at the moment.