The Technical Team of Black Stars has been maintained by the Executive Committee of the FA.

The Ghana Football Association on Tuesday evening reaffirmed former Borussia Dortmund defender, Otto Addo as the head coach of the Black Stars to handle the team ahead of AFCON 2023 Qualifiers and the World Cup in Qatar. 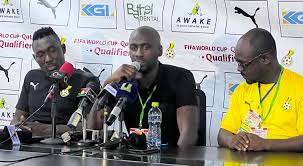 All other members of the technical handlers like Hughton, Boateng and Dramani will support him as they teamed up to qualify the team at the expense of the Super Eagles at Baba Yara Sports Stadium and Moshood Abiola National Stadium.

A Statement published on Ghana FA’s official website indicates the confirmation of the technical members of the senior national team, which the President voiced out on the phone after the team defeated the Nigerians. 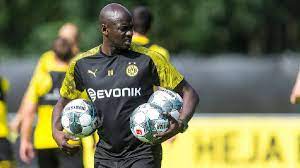 The decision to maintain the technical team is relevant since the predecessor to Otto Addo performed unsatisfactorily at the last AFCON competition held in Cameroun. 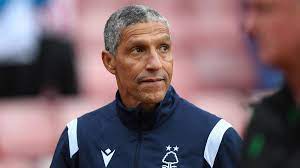 One major factor that influenced the decision to keep the technical team at post was that they toiled to qualify for the Mundial in Qatar in December.

“The quartet who masterminded Ghana’s qualification to the FIFA World Cup Qatar 2022 tournament will stay on to see to Ghana’s preparation for the World Cup, the 2023 AFCON qualifiers, and the World Cup itself. This follows an exhaustive negotiation and engagement with all relevant stakeholders including the Ministry of Youth and Sports. The coaches will soon name their squad for Matchday 1 and 2 of the Africa Cup of Nation Cote D’Ivoire 2023 qualifiers and the four-nation tournament in Japan.” 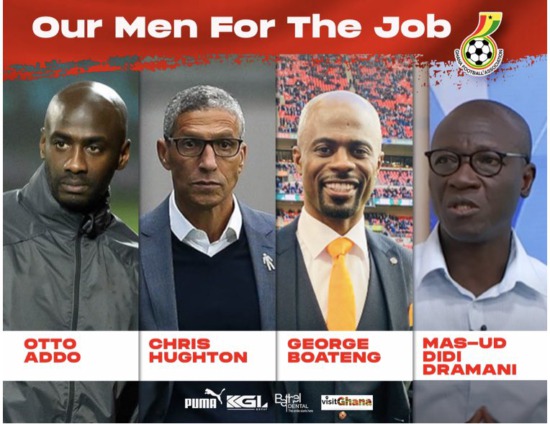 The four members of the technical team will be in action as soon as possible since Black Stars will begin their campaign at home against Madagascar on June 1 at the approved stadium by CAF, Cape Coast Sports Stadium afterwards they will travel to face the Central African Republic four days later.

Meet Three Black Stars Players Who Won The Most Prestigious Award In Africa.