Chelsea and Leicester City played to a 1-1 draw at Stamford Bridge. 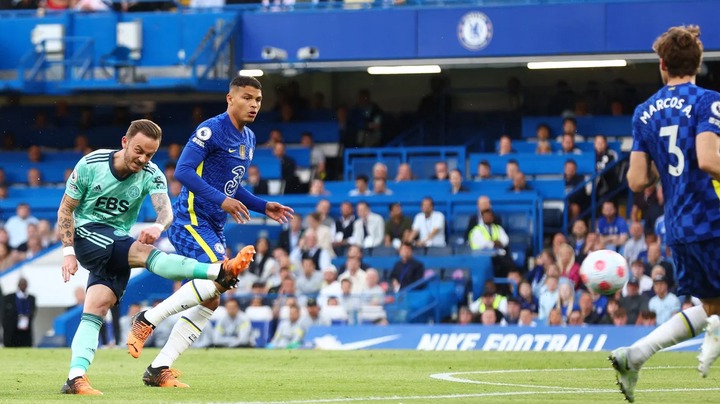 Leicester City took the lead against the run of play in the first half thanks to James Maddison. In the sixth minute, the midfielder fired past Edouard Mendy from the edge of the box to give his team a 1-0 lead.

A few minutes later, the Blues attempted to respond, but Kasper Schmeichel tipped Chalobah's 30-yard strike over the bar. Despite being a goal down, the hosts took control of the ball and continued to put pressure on Leicester City's defence.

Chelsea's constant pressure eventually paid off when Marcos Alonso volleyed home a volley from Reece James' cross to tie the game at halftime. 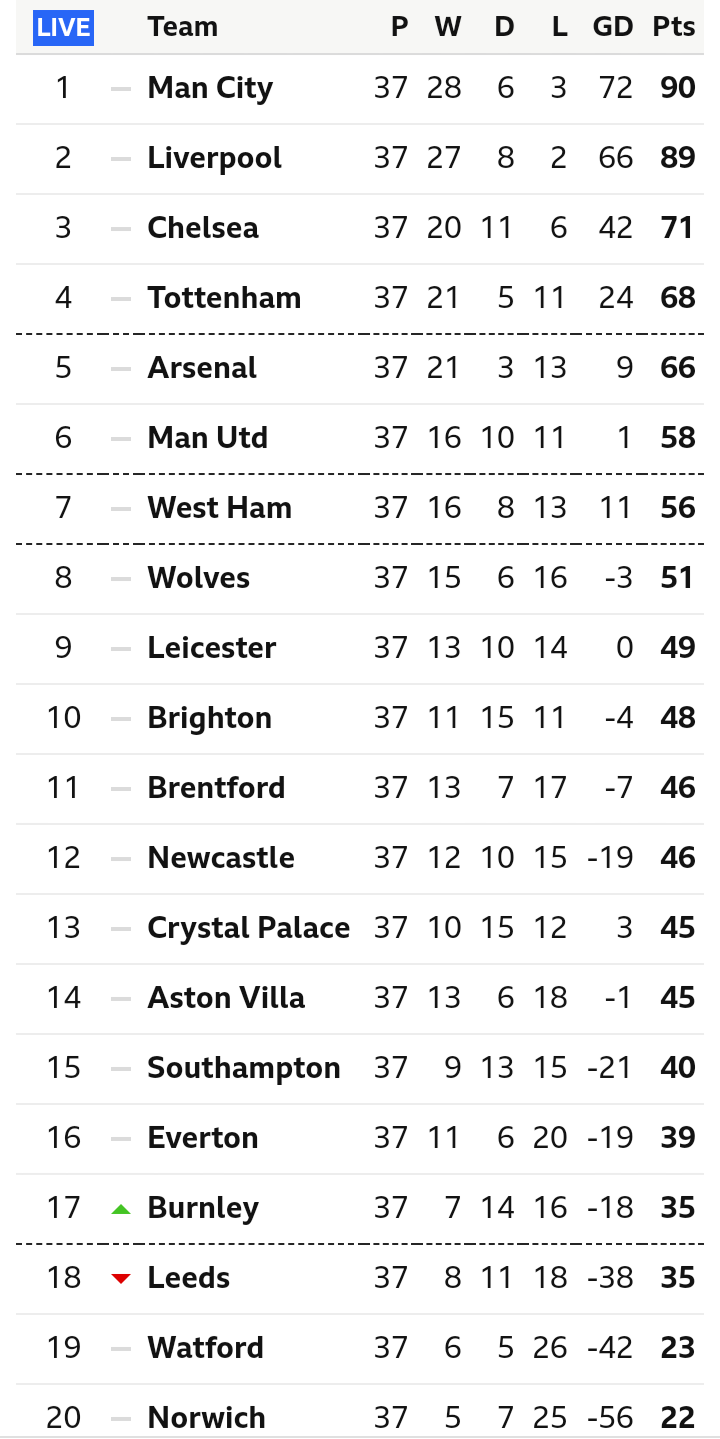 Christian Pulisic had a chance to put the Blues ahead in the second half, but he failed to score from eight yards out after being left unmarked. Despite having the majority of possession and chances, the home team was forced to settle for a draw after 90 minutes.

As things stand, Everton has secured their place in the English Premier League for next season after a 3:2 comeback victory over Crystal Palace, while the Blues have secured third place ahead of Matchday 38.

Lovely Stories That Made Our Primary School Days Interesting; Which Among These Do You Recall?

Here are some reasons why you should not drink chilled water.

African National Teams and their All time Top Scorers

For Women: 4 Foods To Eat When You’re Pregnant

Building A Refinery Is Not Overnight But Rather A Single Shot - T. T. Caternor

You, Will, Be in Opposition To Witness The Plight Of Fuel Hikes - T. T. Caternor Told

Do you want to cure diabetes, hypertension, cancer, infections, high blood pressure and others?