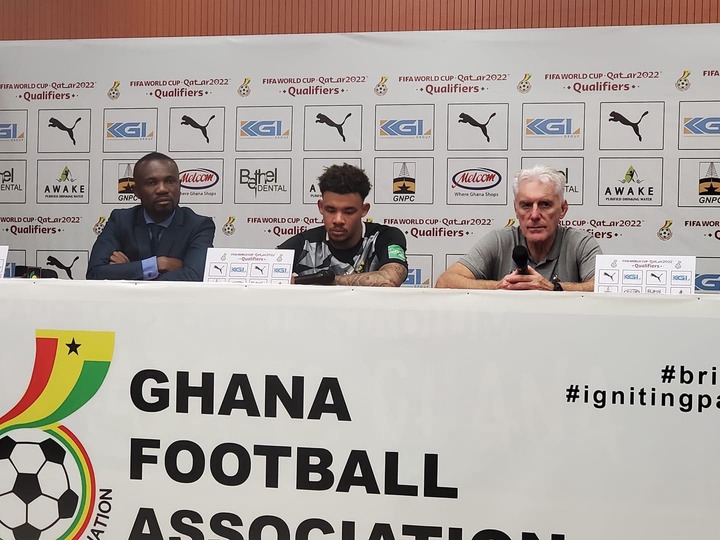 South Africans have called for protest following their loss to Black Stars of Ghana in a 2022 World Cup qualifier in Cape Coast. They contested the penalty awarded against them was illegitimate and must not count. They cited other scenarios to buttress their demands.

“Senegal appealed and the game was replayed. Namhlanje lomsunu wase Senegal gave Ghana I penalty engekho. SAFA should appeal this, if not nabo msunu yabo”

“Bafana must protest I remember we once played a replay and the Ref was suspended.”

“Motsepe must do his job this referee is bought man, De Ruck was pushed and they nearly scored us and he did rule on it,now the same thing De ruck do it he rule and give Ghana penalty”

Black Stars of Ghana had their way to 2022 World Cup Play-off following a 1 - 0 win over Bafana Bafana of South Africa. Al Sadd forward Dede Ayew got the only goal via the spot for his side. Ghana was awarded penalty after Rushine De Reuck had pulled Leicester City defender Daniel Amartey in the box, which was expertly converted by skipper Dede Ayew in the 33rd minutes.

Obviously, fans of Bafana Bafana will later become enraged over how their players conceded the penalty.

Bafana Bafana came close to pulling parity on several occasions but frittered away those glorious moments. Percy Tau, Teboho Mokoena and others all had chances that could have altered the narratives but were unfortunate to have missed those times.

In the 66th minutes Percy Tau had his free kick traveled into the waiting arms of Joseph Wallocot.

Meanwhile, the jostle for World Cup ticket is far from over as ten teams are set for play-offs. They will be drawn for home and away matches, of which five winners will represent Africa at the global showpiece in Qatar, November 2022.