Manchester United are on the verge of appointing Erik ten Hag as their new manager at Old Trafford.

By Albopee (self media writer) | 8 months ago

Manchester United is said to be "extremely close" to hiring Ajax manager Erik ten Hag as their new manager. Erik ten Hag, the manager of Ajax, has emerged as the forerunner for the job in recent weeks, despite the club's interest in other managers. 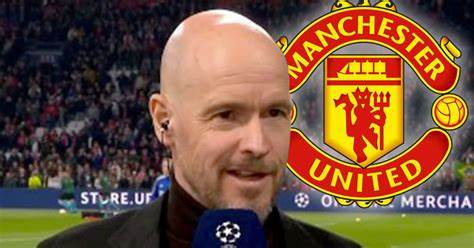 And big-money move to Old Trafford is on the cards like the Red Devils attempt to reclaim their Premier League title next season.

Despite investing heavily in players like Jadon Sancho, Raphael Varane, and Christiano Ronaldo in the summer, Manchester United has had a poor season.

Ole Gunnar Solskjaer was sacked in November, and despite Ralf Rangnick's best efforts, the 63-year-old has been unable to turn the club's fortunes around.

Ten Hag was the first, though it has subsequently been revealed that they have also made contact with Mauricio Pochettino of Paris Saint-Germain.

Ten Hag is on the edge of being named the next manager of Manchester United, but he wants a definite response from the club as soon as possible.

He has certainly got the backing of supporters, with many fans keen for the 52-year-old Erik ten Hag to be given the keys to Old Trafford.

And with this recent development, he appears to have moved ahead of Pochettino, Luise Enrigue, and Julen Lopetegui in the race for the job.

Content created and supplied by: Albopee (via Opera News )