By Boblynx (self meida writer) | 24 days

There are many great boxer with great skills and power all round the world of which they achieved a lot of championship titles through their hard work and training. Among all these great boxers, there is one special boxer who has been tagged as the greatest boxer of all times.

An American boxer called Muhammed Ali has been tagged as the greatest boxer of all times. This is due to the matches, championship belts and the awards he has obtain in his career as a boxer.

who is Muhammed Ali 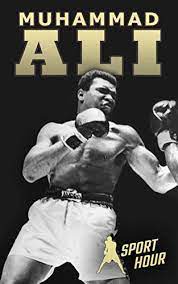 He is a boxer, social activist and a philanthropist who is regarded universally as the greatest boxer of all times. He was born on 17thJanuary,1942 in Louisville, Kentucky. He was diagnose with Parkinson's disease in 1984. 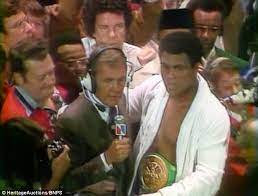 Muhammed Ali had a career record of wining 56 matches, 37 knockout and 5 losses before retiring from boxing at age of 39 in the 1981. 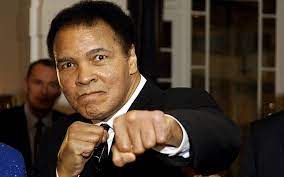 The boxing legend Muhammed Ali suffered from Parkinson's disease and spinal stenosis. He died on June,3 2016 after being hospitalized and reported that he had respiratory isue. The boxing legend was 74 years before he died.