If you are one of the people wondering why footballers are paid huge sums of money, then you would get to know one of the reasons they merit those cash after reading this article. Many perceive football to be an easy job and of course it can be easy at times, but it can also be life-threathening as we have seen over the years. Injuries do occur during matches and the magnitude of some injuries put the life of some footballers at risk. Footballers like Ryan Mason, Julian Nagelsmann had to call it a quit despite having more years ahead of them before retirement all because of the seriousness of their injuries. However some players like Cristiano Ronaldo, Lionel Messi and several others were fortunate enough to have their careers uncompromised after suffering some serious injuries on the field, and in this article we would look at some profound injuries some famous players picked up during matches.

Ronaldo once suffered a horrific injury during his days at Madrid(2018), after a head collision with the boot of Fabian Schar. The Swiss defender in an attempt to clear a menacing cross accidentally kicked Ronaldo's face, as the Portuguese star dived to meet the cross, opening a cut close to his eye. Take a look at it. 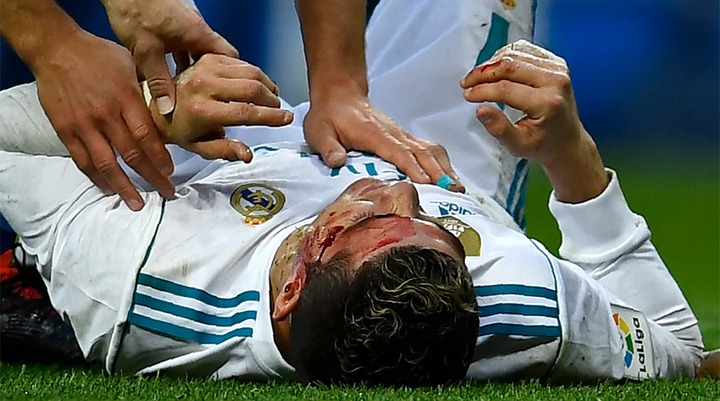 Ronaldo had already suffered a similar injury in 2012 during a game with Levante, where he was elbowed, sustaining a big cut close to his eye which caused him to bleed profusely. 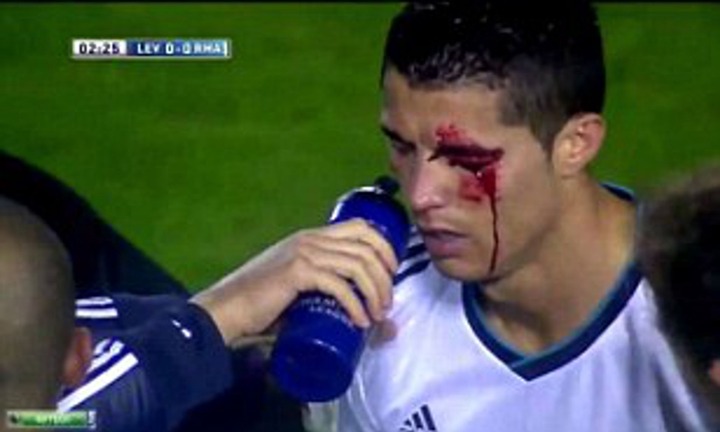 Lionel Messi was always a target for brutalities by Madrid players in El classico, in a bid to render him less effective. The Argentine was once elbowed in the face by Real Madrid leftback, Marcelo which left him bleed from him mouth. 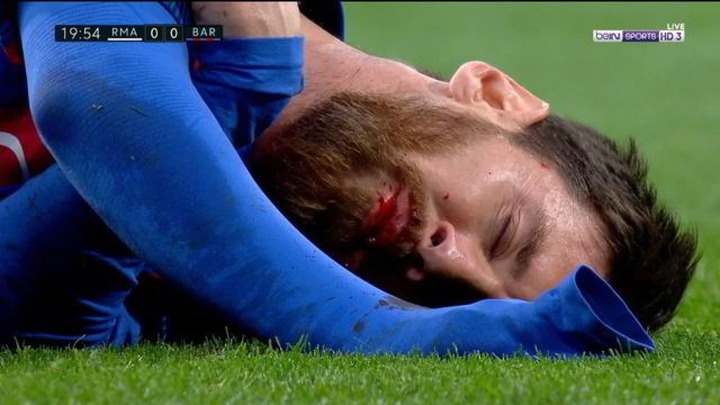 Wayne Rooney picked up a terrible eye injury during his second stint at Everton, in a game with Bournemouth. A challenge in the air saw Rooney get elbowed opening a cut near his eye as blood oozed. 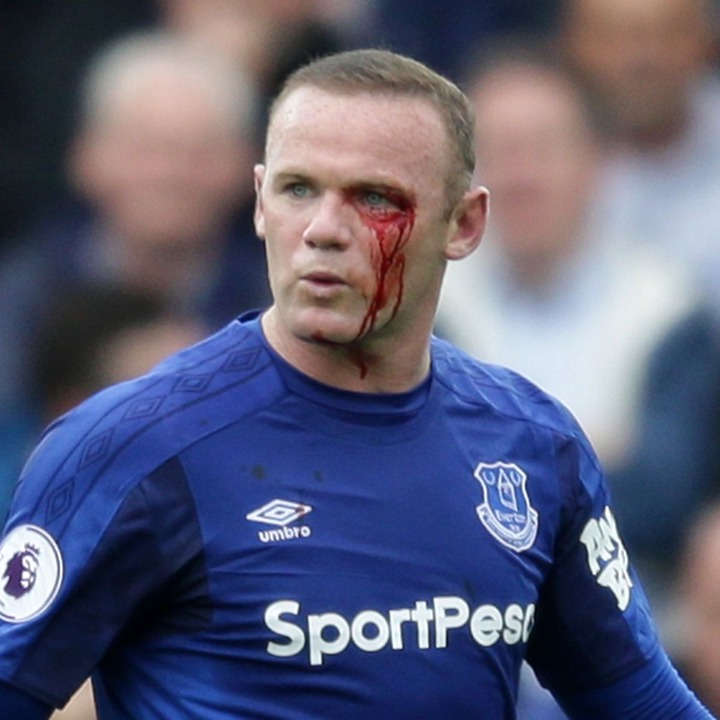 In his last match to end his stay at Manchester United, the Serbian defender suffered a nasty injury after he was elbowed by Southampton striker, Ricky Lambert. 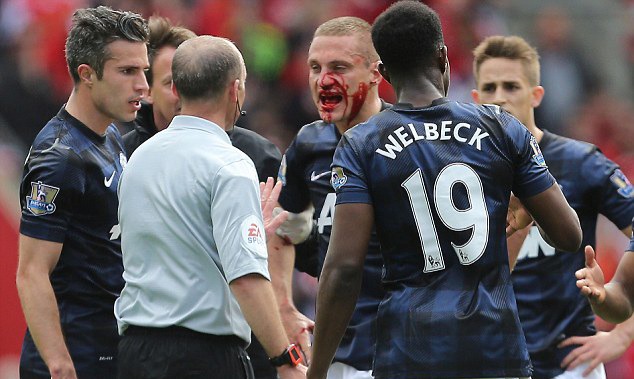