CR7 Forces Manchester United Chiefs To Sign His Former Teammate At All Cost.

By Realnews_around. (self media writer) | 7 months ago

Cristiano Ronaldo is now on the necks of the board of Manchester United to bring to England, a former team mate into the squad of the red devils. He said that he thinks the man he is recommending is the missing piece of the United squad and therefore wants him at all cost in order to bring back the lost glory of the Red Devils.

This man is his former team mate from Juventus by name, Federico Chiesa. According to reports from Calciomercato reports, the the Portuguese captain says he is the perfect fit for his new team after a steady rise of this young man performance on the pitch in the past 12 months. 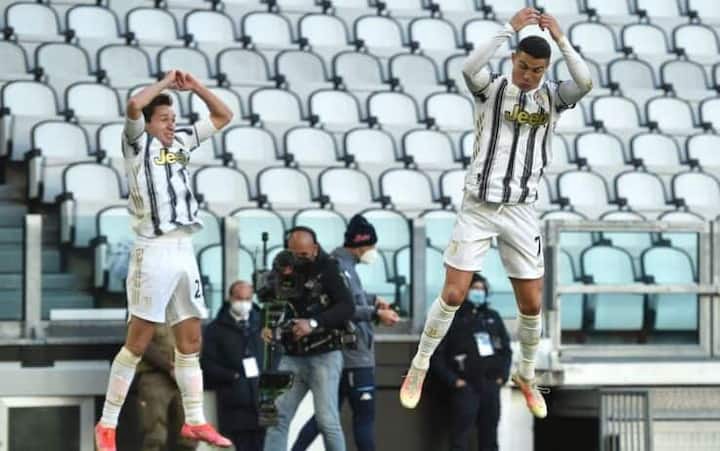 The 23 year old man joined the Old ladies from Fiorentina on a two year loan and looks to become a permanent player for the Italian Giants in the next summer transfer window. The player when playing along side CR7 for a season was able to bag for himself 14 goals and 10 assists.

He after that, has featured in 7 games for Juventus this season and has scored some goals for them. And among these goals was the only goal in the JUVENTUS-CHELSEA clash that enabled them to gain all tree points in the UEFA group stage. He indeed is a great player and i think can help Manchester United a lot.