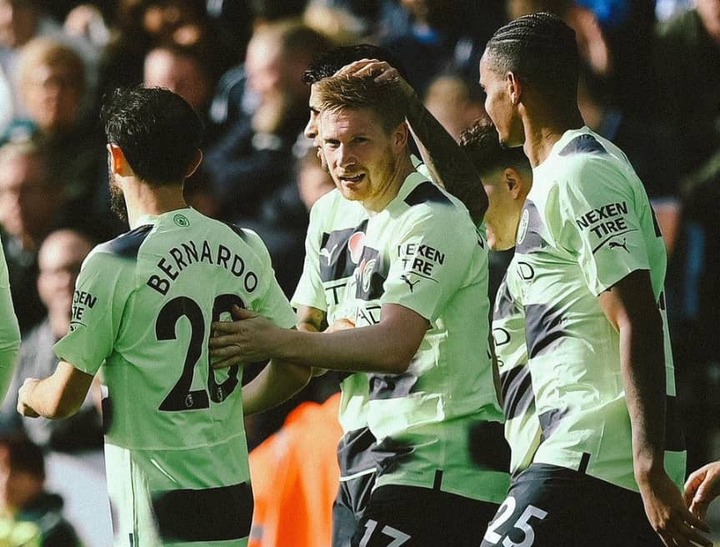 A tough clash at King Power Stadium - witness a goalless draw in the first half but resilient Manchester City made it past Leicester City with Kevin De Bruyne's magical free-kick strike in full-time [0-1]. 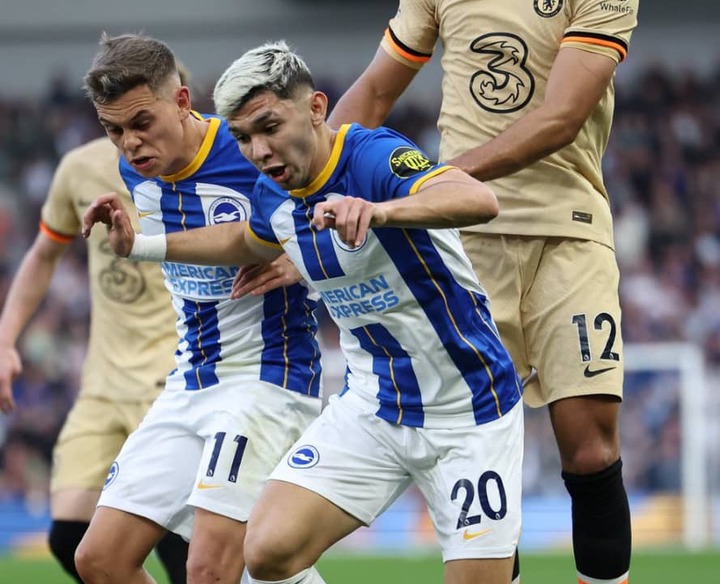 Brighton started the Premier League match-day 14 on the front foot with spectacular first-half displays - saw them put the game to bed against Chelsea by 3-0 courtesies of Leandro Trossard's early goal [5th-minute] and two own goals from Reuben Loftus-Cheek's and Trevoh Chalobah.

Afterwards, a 1-1 draw in the second half - Kai Havertz's goal got cancelled by Pascal GroB, resulting in a 4-1 score-line. 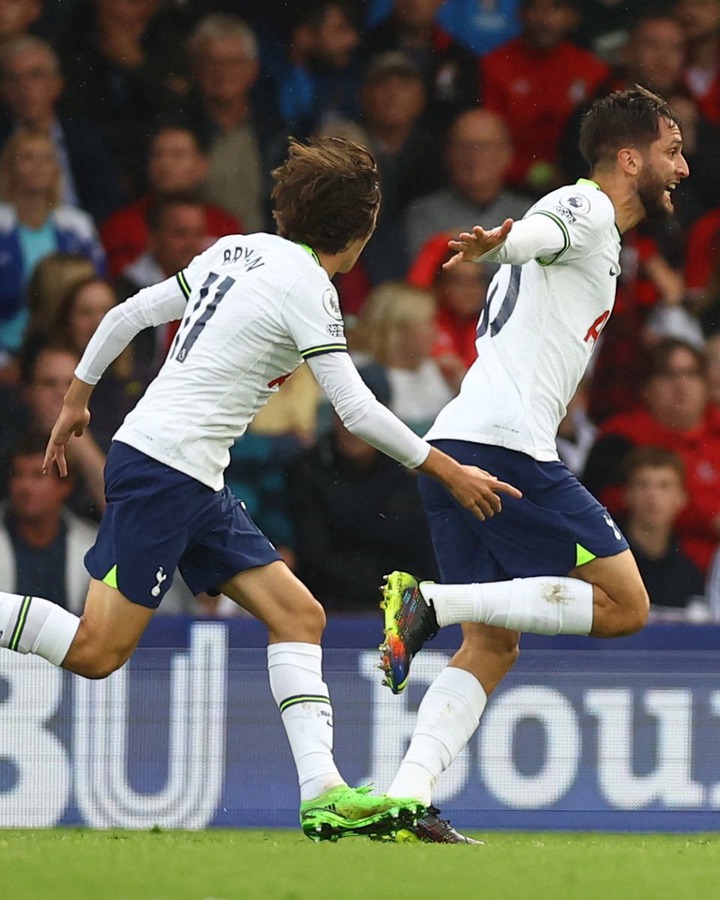 Newcastle United laid four goals from St. James Park over Aston Villa to place them in the fourth spot on the league table.

Goals from Miguel Almiron, Joelinton and Callum Wilson got their sixth win of the season. 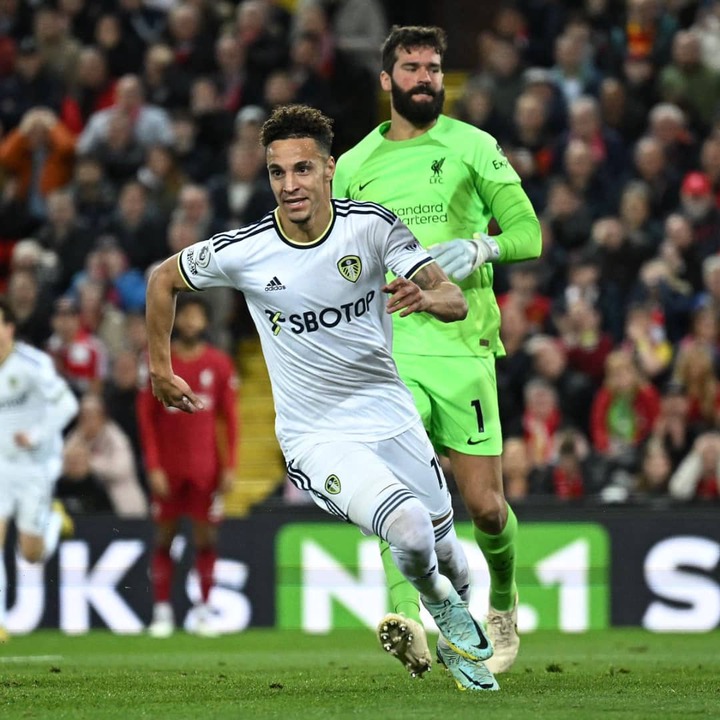 Liverpool sat at Anfield to record a shock loss - Leeds United retake the lead once again in 89th-minute through the effort of Crysencio Summerville after Rodrigo's goal got levelled by Mohammed Salah in the first 45-minute.

Brentford and Wolverhampton ended up in a 1-1 stalemate, Crystal Palace narrowed down on Southampton from home [Selhurst Park] and Fulham wrapped up Everton in a goalless draw at Craven Cottage.

Below are the latest updates on the English Premier League Standings and Goal Chart after round 14 of Saturday's Results. 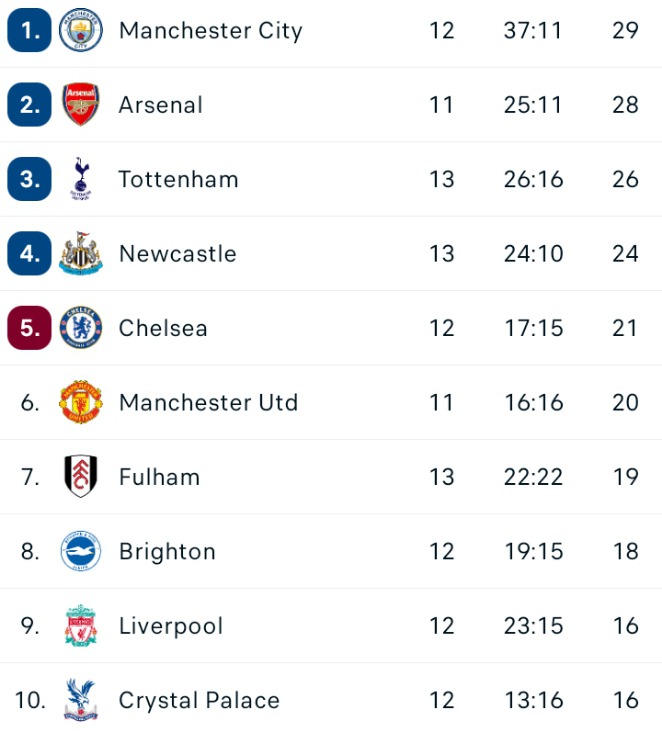 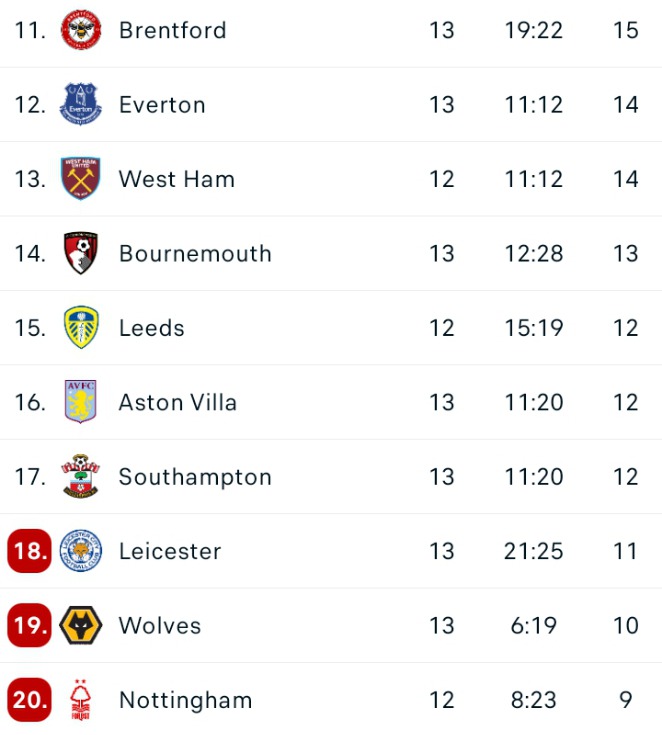 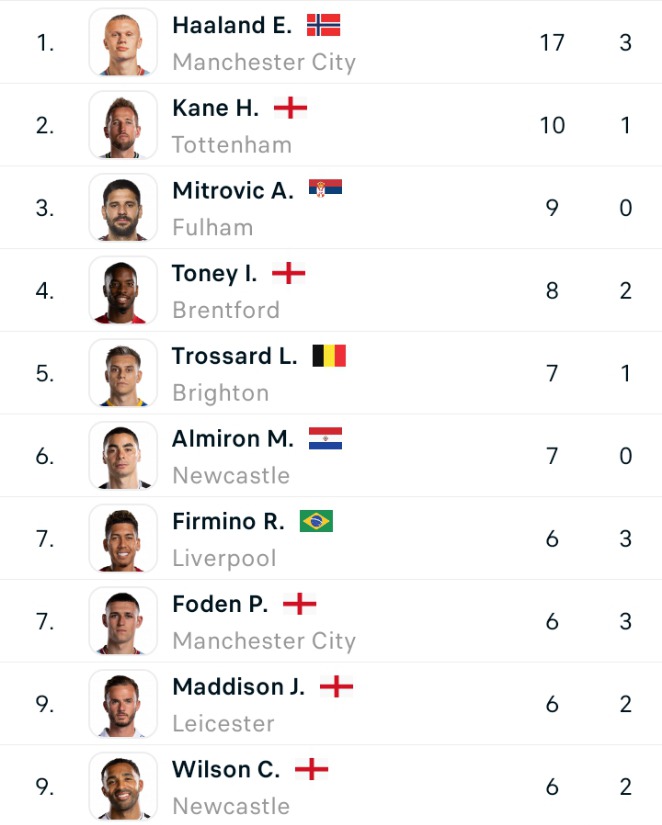 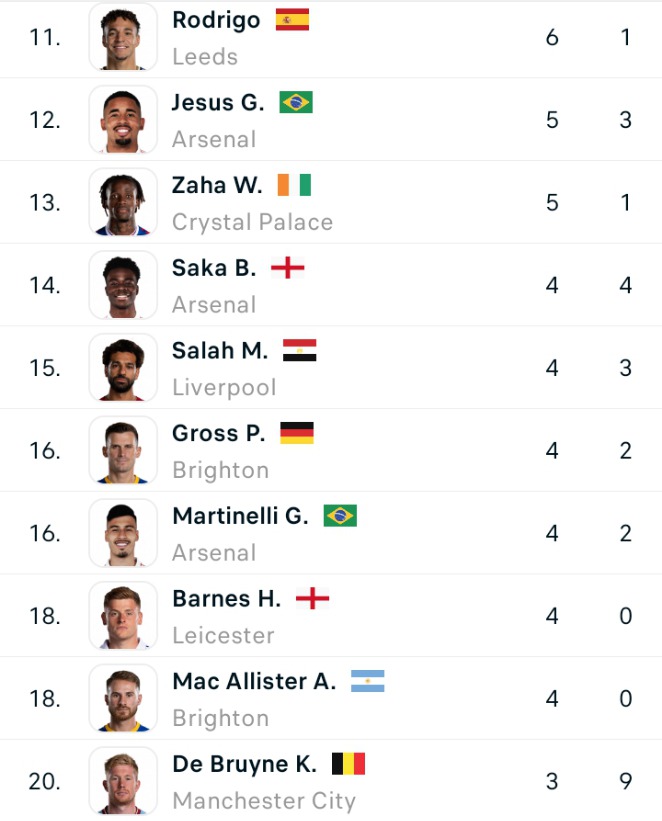