These Are The players Who Will Miss The FIFA World Cup For The France national Team Due To Injures.

These are the players who will the miss the FIFA World Cup tournament for the France national team due to injury; 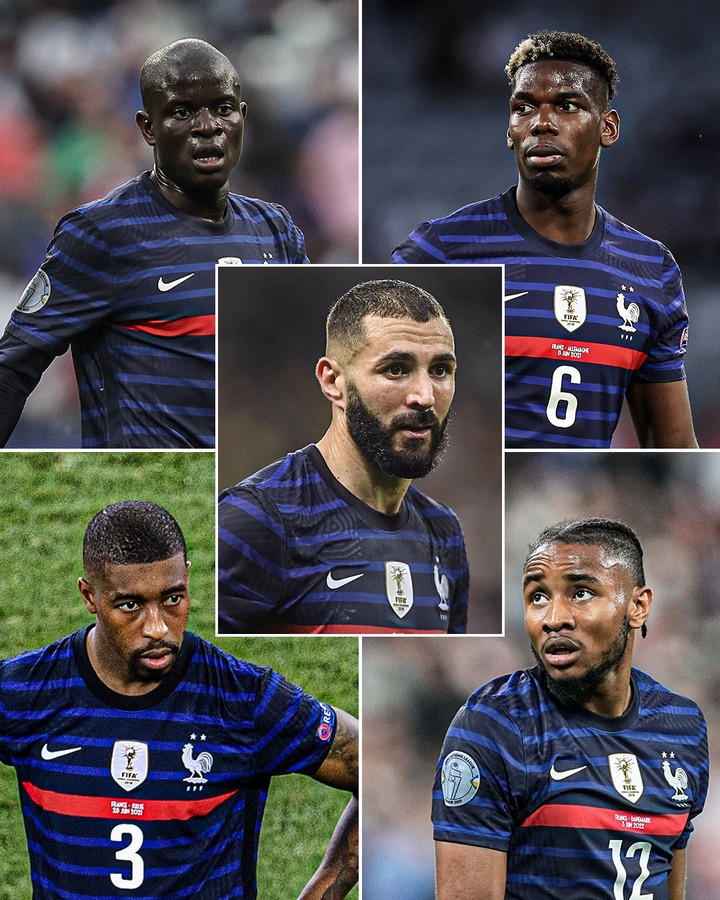 Starting with the defenders we Presnel Kimpembe, the defender will miss the World Cup due to injury he picked up at his club team Paris Saints German.

The mid fielders we have Ngolo Kante and Paul Pogba, these two mid fielders were key part in the team that won the 2018 FIFA World Cup trophy for the France national team. They will miss the tournament due to injury.

The attackers we have Karim Benzema and Alan Christopher Nkunku, these attackers were called to the national team but they picked up injury during their training sessions so they can’t continue to play in the FIFA World Cup tournament.

So these are the players who will miss the FIFA World Cup tournament for the France national team due to injury.