By SirObanji (self media writer) | 9 months ago

Ghana Premier League week 20 begun on Friday with Accra Great Olympics and Kotoko. Here are how the matches went

The delightful side of the season Accra Great Olympics hosted Asante Kotoko at the Accra sports Stadium.

The game ended in a goalless draw after 90mins of none stop action between both sides. However, Great Olympics have managed to pick four points from a possible six from Asante Kotoko in the two meetings between the two sides in the ongoing GPL.

Elmina Sharks beat WAFA by a lone goal at home in 92mins 45 seconds after holding each other in first half. Sharks who suffered a 4-0 defeat away to Liberty professional came stronger against WAFA to secure three points. Samuel Arthur goal separated the two sides.

Medema beat 10 men Legon Cities 2-1 at home. Prince Opoku Agyemang in 21st mins gave the home side the first goal before the end of first half of the game. Joesph Adjei was sent off. The second half was great as Issaka Mohammed the Centre equalised in 71mins.

Kwesi Donsu fantastic Volleyball strike gave Medeama 2-1 win over Legon Cities. However, Joseph Adjei landed a heavy attack on Justice Blay the talisman for Medeama who couldn't finish the game. Reports says he could miss the rest of the season. 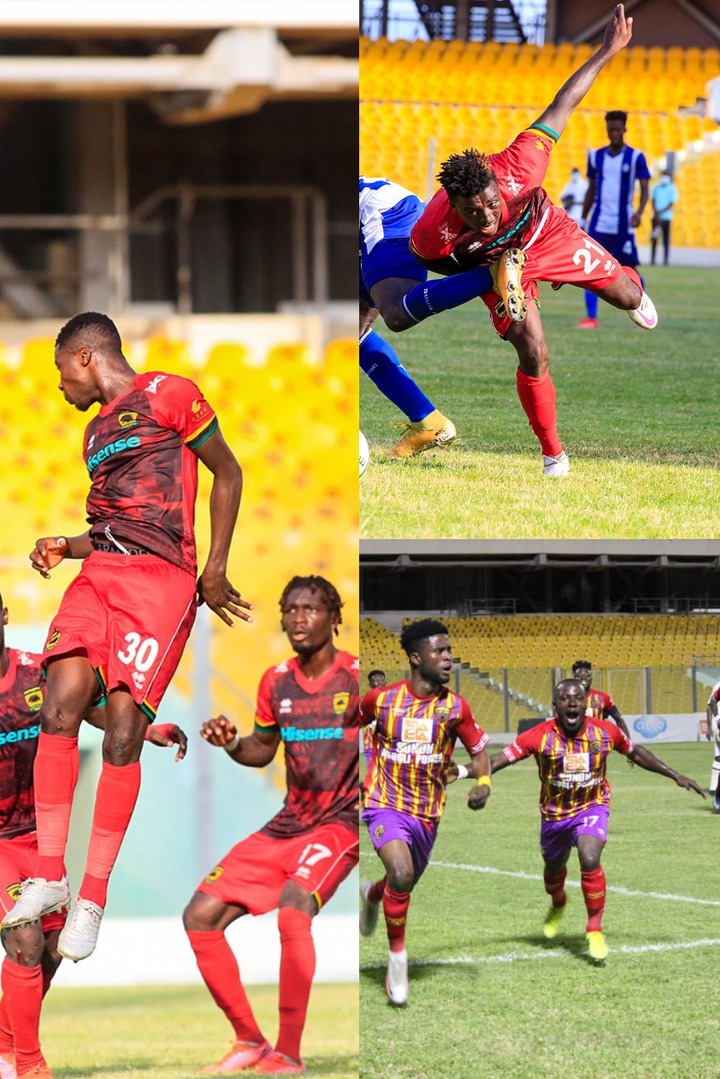 Dreams FC could not finish their match against Karela United. First half ended in a goalless draw and second half was rained off. However, the remaining 40mins is scheduled to be played today at 10 at the Theatre of Dreams, Dawu.

Bechem United recorded a massive win over Aduana stars by 4 goals to 1. Just 4mins into the first half, Denis Modzaka gave the home side the lead. Hafiz Konkoni and Samuel Adjetey scored to make it 3-0 before the end of 45mins.

Brekum Chelsea fought back from a 0-1 defeat in the first half to beat Ebusua Dwarfs by 2-1 after 90 mins.

Enoch Affram in 23mins goal could not inspire a good result away from home as Stephen Anokye Badu and Kofi Owusu 52nd and 83rd mins goals saved Brekum Chelsea.