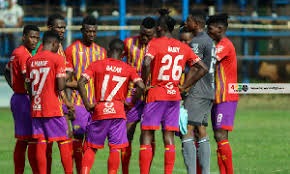 The Hearts of Oak player, who played the left back position for his national side when they came in an encounter with Senegal and he took Sadio Mane out of the game with some remarkable tackles. This makes him the best player in the Hearts of Oak set up as the huge prospect outside the league and is likely is not going to be with the club by next season. Some clubs like TP Mazembe, Esperance and more has all come for the signature of the young chap but the club has decided, not to let him go.

Now, none of our teaming supporters is forcing any player on the technical bench. Raddy Ovouka has established his feet in this club making him the majority of the fans favorite now. He still remains the best left back in Ghana and across Africa making him earn a call-up to the Congolese National Team. Raddy is just a sweet baller. So if Raddy is not making the line-up, bench and neither not making the squad, every fan of Hearts off-course will be worried. At least someone should just tell the fans something just about Raddy's situation and the fans will become calm.

There's no big issue at all but someone should just communicate the current happenings about Ovouka to the team's fans and we good to go. Speaking after the club’s 1-0 win over Inter Allies at the Accra Sports Stadium on Sunday, coach Samuel Boadu revealed he got injured while on international duty for Congo and that, needs to be managed well by the Phobians. “HE GOT INJURED WHEN HE CAME BACK FROM THE 2021 AFCON QUALIFIERS SO WE HAVE TO MANAGE HIM WELL SO THAT WE WON’T LOSE HIM THAT IS WHY HE IS NOT PLAYING,” HE SAID. The rainbow boys are 4th on the table with 33 points after 20 round of games and will travel next to the Crossby Awuah Memorial Park to take on Karela United in matchweek 21 fixture. 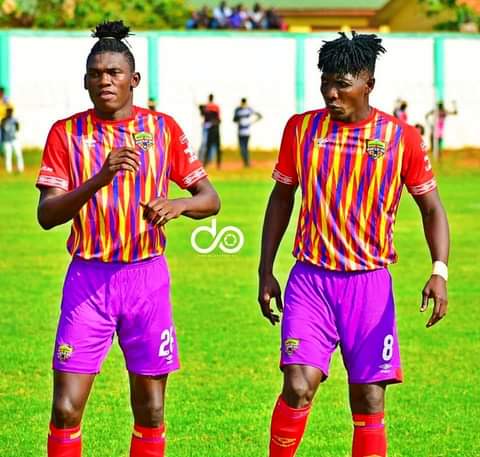 His inability has caused some shocks and surprises among the players in the team and the supporters who knows the inside out stories of the club. The excuse the coach gave them wasn't pleasing to ears making it difficult for them to believe. Some supporters always report from the training grounds with videos and the player use to train day in day out without showing any sign of injury. A lot of people thought William Denkyi as been slow and sluggish in attack and volleying ball from all over the pitch to the attacking half without the teasing crosses from the left back formerly called Marcelo. Ovouka, arguably one of the club's best players in the first half of the season has found it very difficult to break into the Hearts team since he returned to the club from national team assignment with the Congolese senior national where he featured in two AFCON games against Senegal and Equatorial Guinea.

Meet 4 Female Celebrities Who Are Endowed With Huge Shapes And Curves.