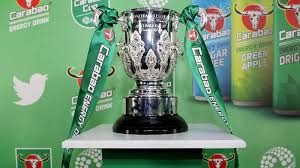 These are stats and performances of the top teams in the EFL League Cup this week according to sofa score.

Stats: Manchester City against a league one team, a result like this is borne to happens. Manchester City demolish the away side with a ball possession of 79%, 26 total shots of which 14 were on target, 6 off-target, and 6 also blocked shots.

They also had 8 corners, made 2 offsides, 9 fouls, received a yellow card, 3 big chances, 4 counterattacks, 17 shots inside the box, 9 outside the and box, and 3 saves by the goalkeeper.

Passes of 636 were made of which 583(92%) were accurate passes, 3 successful tackles and interceptions, and 14 clearances.

Stats: Liverpool scored past Norwich even with their star players out. They had 53% ball possession, 17 total shots of which 3 were on target, 8 off target, and 6 blocked.

They also had 8 corners, made 2 offsides, fouled 15 times, created 2 big chances, 11 shots coming from the box, 6 outside and 5 saves by the goalkeeper.

Stats: Arsenal has won 3 matches in a roll and is confident of winning the next one which is against Tottenham.

Arsenal had 62% ball possession against the league one side, made 19 shots in a total of which 5 were on target, 8 off target and 6 blocked. Also, 10 corners were made, caught in 2 offside traps, and fouls made up of 8.

Big chances of 3 were created, made 12 shots inside the box and 7 outside.

Stats: Very tough game for the Blues as they won on penalties.

Chelsea had 68% ball possession, 7 shots on target, 6 off target, and 5 blocked shots. 10 successful corners were made, 1 offside, 11 fouls made, and 2 yellow cards.

Chelsea also created 3 big chances, 12 shots made inside the box, 6 from outside, and 5 saves by the goalkeeper. 546(88%) accurate passes were made, 14 tackles, 3 clearances, and 14 interceptions were enough for a win on penalties.

Stats: Following a win against West Ham last weekend a win for the home side was imminent but West Ham somehow ever changed the tables around.

United had the best statistics but yet lost to a goal. They had 61% ball possession, 27 shots in a total of which 6 on target, 13 off target, and 8 blocked shots. Corners of 7 were made, 6 fouls received, a big chance created, 15 shots inside the box, b12 outside and 2 saves by the goalkeeper.

Possession-wise, Tottenham was outplayed by 51/49. Total shots of 9 were made of which 6 were on target and 3 off target. They also had 3 successful corners, made 3 offsides, and total fouls of 12.

Stats: Leicester was excellent against the home side as they clocked 71% of possession, made 7 shots in total, 3 in target, 2 off target and 2 blocked.

Also, they made 688 passes of which 600(87%) were accurately done, 14 tackles, 4 interceptions, and 15 clearances were enough for a win against the Championship side.

Stop Saying ‘You Welcome’ When People Thank You, Rather Reply Them With These 14 Unique Words