Nine matches would be played across all centres as the 2020-21 Ghana Premier League, (GPL) continues with the Matchday 19 action this weekend. 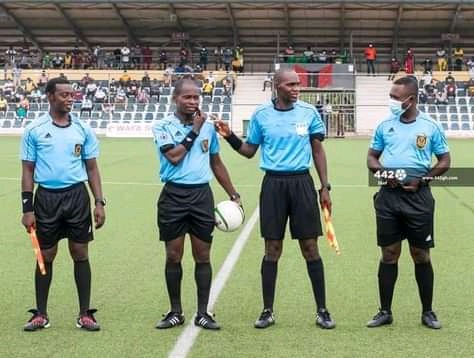 The match officials for these games have been released as the action begins on Friday.

Ebusua Dwarfs will host Techiman Eleven Wonders this afternoon at the Cape Coast Stadium with the game live on television.

Referee Benjamin K. Sefa has been assigned for this game, and, he would be assisted by Sintim Musah and Richard Appiah. Bismark Appiah will be the fourth official with Thomas Nunoo as the match commissioner.

The action will continue on Saturday when AshantiGold SC hosts Hearts of Oak at the Len Clay Stadium, Obuasi also live on television.

Gabriel Opoku Arhin will handle this game and will be assisted by Peter Dawsa and Gilbert Adom Mensah. George Mawuli Vormawor will be the fourth official with James Mornah as the match commissioner.

On Sunday, Legon Cities will play Great Olympics at the Accra Sports Stadium.

Selorm Kpormegbe is the referee for this game with Patrick Papala and Stephen Balanguena as assistants. The fourth official will be Imoro Osman with Archibold Annan Lomotey as the match commissioner.

Also on Sunday, Inter Allies plays Karela United at Dawu with Emmanuel Otoo as the center referee. He will be helped on the lines by Paul Atimaka and Issac Opoku Antwi with Obed Danquah as the fourth official. Mark Kodua Yeboah is the match commissioner.

WAFA will host Bechem United at Sogakope with Eric Sefa Antwi, Emmanuel Allou Tebaon and Mumuni Fuseini as the officials. The fourth official will be Wiseman Ghansah with Gabriel T. Inkoom as the match commissioner.

Medeama SC will be home to Dreams FC at Tarkwa and the game will be handled by Alfaa Ba-Adey, Emmanuel Dolagbanu, Thomas Ngindieye and Joshua Samadji. The match commissioner will be Eugene Akornor.

Aduana Stars and King Faisal will play at Dormaa Ahenkro.

Patrick Okyere, Kwesi Brobbey, Roland Addy and Adaari Abdul Latif will be in charge. The match commissioner will be Stephen Kpen.

Frederick Danful with Julian Nunoo as the fourth official. Christian Atsatsa will be the match commissioner.

Ashanti Regional Chairman of Concerned Teachers, Not Suspended. This Is Why