By barbaraagyeman006 (self media writer) | 7 months ago

Kwadwo Nkansah professionally known as Lil Win, is a Ghanaian artist, musician, actor and comedian. Kwadwo Nkansah was born to Madam Adwoa Afrah and Mr. Kwadwo Boadi Nkansah. He grew up with six other siblings in Kwaman in the Ashanti region.

Since being signed in October, actor Kwadwo Nkansah Lil Win has made his debut for GPL squad New Edubiase. People flocked in droves to see the witty actor train with the club before of their Premier League match.

On Friday, October 16, Kwadwo Nkansah 'Lilwin' was signed to a two-year contract with New Edubiase, one of six new players announced by the club ahead of the start of the 2021-22 season.

For the following two seasons, the actor will serve as both the club's ambassador and a player for the Division One team. In an interview with Happy FM, Lilwin said that he was signed for an undisclosed sum, making him the most expensive player in Ghana Premier League history.

“It's time to play football,” says the narrator. New Edubiase United has signed me for two seasons. 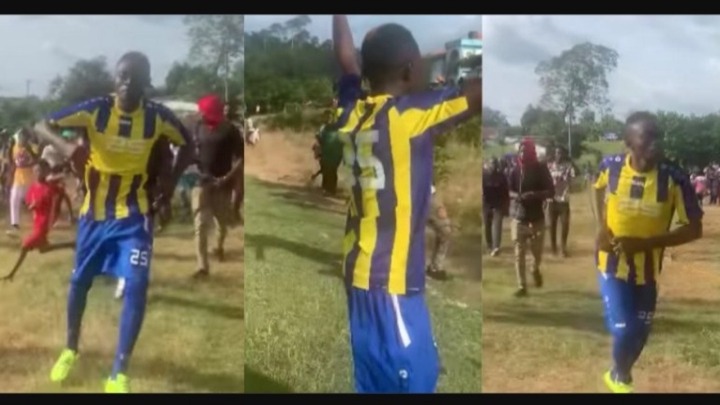 "I presently play at number seven, but I can play anywhere in the midfield." My services as a player have been asked by the coach, while my role as the team's ambassador has been requested by the CEO. I can play for the first 45 minutes, and if I have enough time, I can play for the full 90 minutes.

"No team will be able to beat us as long as I play for New Edubiase United," he continued. Many have speculated that Lilwin is a planned move aimed at attracting fans to New Edubiase matches.

The notion may be correct, based on the large turnout at his first workout.