By KkCabobo (self media writer) | 1 year ago 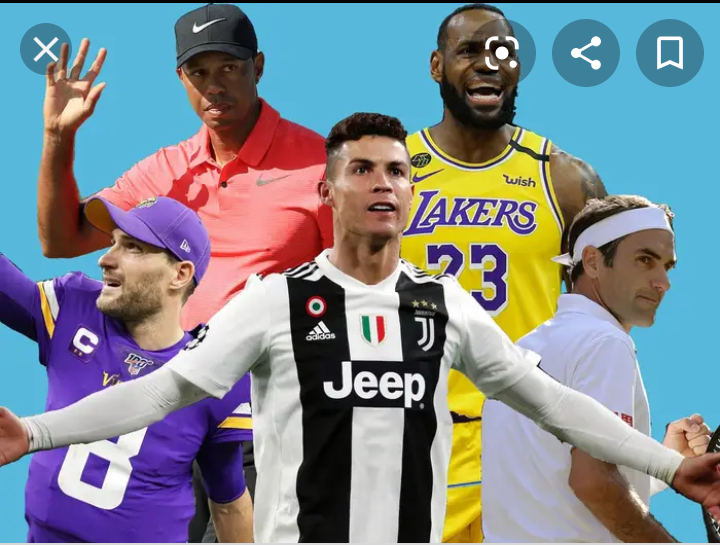 Ever wondered how much money a professional athlete earns? While their earnings on the field of play are generally driven by their performance, it’s sponsorship deals which fill the pocket of the world’s best athletes.

The top 10 earners in sports bring in over $400 million a year in sponsorship alone, if you include salaries and prize money this figure would be over half a billion dollar 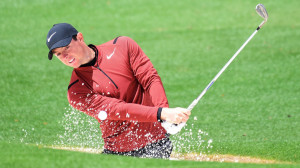 In at #7 on the biggest athlete sponsorship deals, it’s McIlroy, who continues to be a bankable marketing star as Nike signed McIlroy to a 10-year extension for apparel (Nike left the golf equipment business in 2016).

The Northern Irish golfer also inked a long-term deal with TaylorMade in 2017. Other endorsement deals include Omega and Upper Deck.

Nishikori’s role as the top player in Japan helped him rack up a loaded endorsement deals portfolio that includes 16 sponsors, among them Uniqlo, Wilson, Nike, Procter & Gamble, Jaguar and Tag Heuer.

Nishikori fans can drive a Kei Jaguar edition or eat Nishikori noodles from Nissin or fly on Kei-branded planes from Japan Airlines.

The renewal of his apparel deal with Uniqlo starting in 2016 is worth eight figures annually.

Kevin Durant plays for the Brooklyn Nets in the NBA and is one of three basketball players in this top 10 list.

During his time in the Bay Area in San Francisco while playing for the Golden State Warriors, Durant also embraced the tech startup ethos within this locale, with investments in LimeBike, Coinbase, Acorns, cloud-computing startup Rubrik Postmates and drink company WTRMLN WTR to name a few.

Nike signed Durant to a 10-year extension in 2014 worth as much as $300 million and it is reported that it includes a $50m golden handshake package upon retirement.

But he has embraced the startup ethos of his new locale with investments in the Player’s Tribune, Acorns, Postmates and JetSmarter.

Mickelson, at the age of 49, is by far the oldest on this list and it is testament to his longevity playing top level golf as well as his nous in the business world that he continues to earn such a a significant level of endorsement income.

Phil and his longtime sponsor, Barclays, parted ways after 15 years together. The golfer quickly filled the opening in his endorsement portfolio with the merchant bank, Intrepid Financial Partners.

He also added a deal with Workday, which includes the logo of the human resources firm on Mickelson’s golf shirts during tournaments. Mickelson also pitches for Amgen, ExxonMobil, KPMG, Rolex, Grayhawk and the Greenbrier.

His deal with Amgen covers the psoriatic arthritis drug Enbrel (Mickelson was diagnosed with the disease in 2010).

Marketers have flocked to the Golden State Warrior’s point guard, he has propelled them to 5 straight NBA Finals appearances in the past 5 seasons and is one of the best players in the NBA and most recognisable names of the game in the world. Curry has had the NBA’s best-selling jersey each of the past three seasons.

His most significant deal is his shoe contract with Under Armour which is reportedly worth $20m and it has been suggested that he could be worth billions to the Under Armour brand.

Other deals include his role as global brand ambassador for Japanese e-commerce company Rakuten agreed in 2019 and endorsement deals with Nissan, JPMorgan Chase, Brita, Verizon and Vivo smartphones.

Ronaldo is one of the greatest footballers to ever play the game and at the tender the age of 34, is the second highest paid athlete in the world, being paid a gross salary of $109m by Juventus in Italy and he is fourth on the list in terms of sponsorship and endorsement income.

Ronaldo is one of a trio in the “Nike billion dollar club”, having signed a lifetime deal with Nike worth upward of $1 billion. The only other two athletes to have signed comparable deals are basketball superstars LeBron James and Michael Jordan.

Other notable endorsements include deals with Herbalife, EA Sports and Tag Heuer. As the most followed person on Instagram, with over 209m followers, he holds a commanding position in any commercial negotiations.

His native Portugal honoured him by renaming an international airport after he led that country to a UEFA Euro title last summer.

His growing line of CR7 branded products now include shoes, underwear, fragrance, jeans and a line of hotels. Ronaldo also happens to be the most followed sports staron the planet which will keep helping him ear the big bucks for many years to come.

The NBA’s top pitchman added Intel and Verizon to his endorsement deals, which already included Nike, Coca-Cola, Beats by Dre and Kia Motor.

His lifetime deal with Nike could net him more than $1 billion by the time he’s 64. Also woth mentioning that Nike are the biggest sponsor of sportglobally.

James owns a production company, SpringHill Entertainment, with his business manager, Maverick Carter. The pair is also part of an investment group in Blaze Pizza (dubbed the soon to be “Chipotle of Pizza”) with circa 300 franchises in North America and 4 across the Middle East.

Despite the exposure of his infidelities in 2009, sponsors got over it and still see the key value in partnering with Woods. As Rory McIlroy said in March 2020; “Anytime Tiger’s in contention it’s a pay rise for everyone in golf, more eyeballs, better ratings on TV”.  His 2018 triumphant return at the 2019 masters is possibly one on the greatest comebacks in sport.

Broadcasters place an intense focus on Woods during tournaments and Tiger and the Nike swoosh have long been synonymous with golf.

He has added deals with TaylorMade, Bridgestone and Monster Energy in recent years. Other current partners include Hero MotoCorp, Kowa, Full Swing and Upper Deck.

Woods has earned $1.4 billion since turning pro two decades ago with less than 10% of the total derived from prize money. 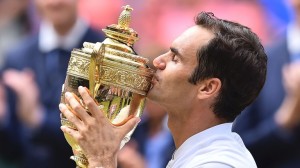 The GOAT also happens to be the biggest earning sports person on the planet and at 39 years old Federer still has the biggest athlete sponsorship deal in sport! His latest pact is with pasta brand Barilla. The deal runs longer than five years and is expected to net Fed roughly $40 million. In July 2018 Federer signed a 10 year deal with Japanese brand Uniqlo worth a reported $300 million over 10 years! This replaced his long term deal with Nike.

He raised more than $4M for charity through a pair of exhibitions in April in Zurich and Seattle with Seattle. His eponymous foundation has raised $40 million with $30 million donated to educational programs in Africa. He also recently donated €1 million to first the COVID-19 pandemic.

Throughout his long career Federer has also amassed over £130 million in prize money.

Know your financial fate with the Money Line in Palmistry

Manasseh Azure responds to the allegations leveled against the former PPA boss.