De Jong claims he always wanted to stay at Barcelona

By Daniel_Mawuli (self media writer) | 2 months ago 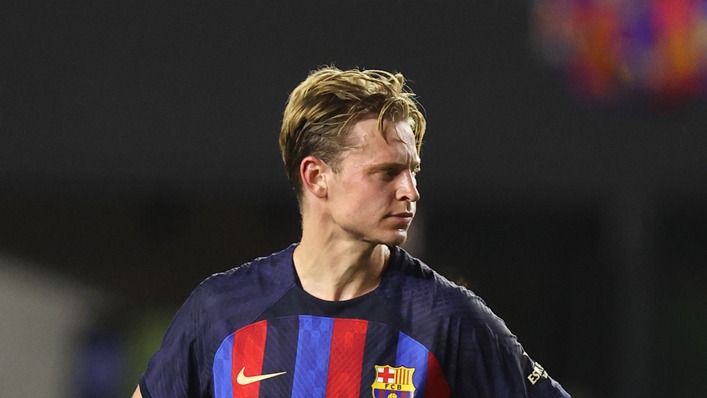 Frenkie de Jong "always wanted to stay at Barcelona" despite heavy interest from Manchester United during the transfer window.

Netherlands international De Jong was the subject of a long-running saga, with the midfielder's former Ajax boss Erik ten Hag reportedly desperate to build his new-look United side around him.

A move looked likely after it was suggested De Jong was owed €17million in deferred wages and had been asked to sign a new contract with a salary reduction of around 40 per cent.

The switch never materialised, though, with United instead signing Casemiro from Real Madrid in a bid to strengthen their midfield

Speaking on international duty this week, De Jong acknowledged not everything has gone smoothly between himself and Barca, but he never thought about leaving Camp Nou.

"I always wanted to stay at Barcelona, and this is why I always remained calm in the summer," the 25-year-old sai

"I can't give too much details away. But look, the club has its own ideas, and I have my own ideas, too, and sometimes this clashes with each other. But at the end of the day, things went okay

De Jong is part of the Netherlands squad for the upcoming Nations League matches against Poland and Belgium.

Content created and supplied by: Daniel_Mawuli (via Opera News )