By GideonMensahSabbah (self media writer) | 1 year ago

Benard Don BORTEY aka serial killer was a retired Ghanaian footballer who played for Accra Hearts of Oak as Attacking winger.He scored many goals for Accra Hearts Oak.37yrs old Bortey was one of the best players in the Ghana premier league and Accra Hearts of Oak Team called "THE 64 BATTALIONS" with his team mates like, Ishmael Addo,Dan Quaye,Charles Taylor and Osei Kuffour and they won 4 premier league trophies and 2004 CAF Confederation cup and some other league trophies.he also made seven appearances for the black starts national team.

Don BORTEY said he will never forget the inspiration from the legendary Cecil Jones Atuquayefio,because the late Jones Atuquayefio who helped him to build his talent at the national u-17 team(Ghana).Don BORTEY ended his football career at Accra Great Olimpics last season and according to the sources,he had already begun working on his coaching career.And he had all the required certificate so now the Former Accra Hearts of Oak player is now coaching Techiman Fc based on Division 2 side. 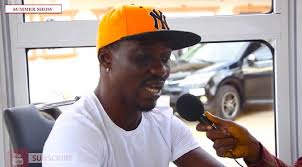