The "Once And For All" Trilogy, Tyson Fury vs Deontay Wilder III

By Sidiqul_Akbar (self media writer) | 1 month ago

Trilogies have been a part of boxing for a long time and has produced many memorable fights, but most trilogies start with the zeal for revenge after a loss. As boxing fans, we want to see who is the undisputed best after multiple fights and not after only one bout.

Trilogies gives us the full confidence to refer to one boxer a better boxer than his opponent without thinking it was a "lucky punch" win or a "gift decision" win which most people think it's the case when it comes to one bout fights.

Trilogies have given us lots of great fights. From Antonio Tarver vs. Roy Jones Jnr, to Manny Pacquiao vs. Erik Morales, to the most famous of all, the trilogy of immortality, Muhammad Ali vs. Joe Frazier, trilogies gives boxing fans something to look forward to and cheer about.

Our next big trilogy is one that is very intense and has a lot on the line. Billed as the "Once And For All" trilogy, the fight between "The Gypsy King" Tyson Fury and "The Bronze Bomber" Deontay Wilder is one fight you wouldn't want to miss. 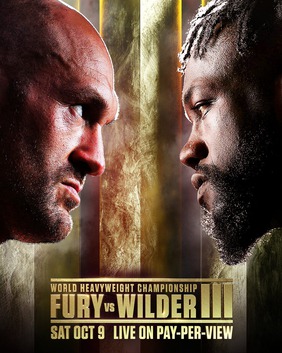 Fury and Wilder first fought in December 2018, a bout that ended in a controversial draw. This lead to a rematch in February 2020 with The Gypsy King wining via a seventh round technical knockout to capture the WBC and the then vacant Ring Magazine heavyweight titles. Wilder then demanded for a rematch which was scheduled for July 18 but due to Wilder still recovering and COVID-19 concerns, the fight had to be postponed. The fight got postponed for about three times due to other various reasons until it was finally scheduled for October 9. 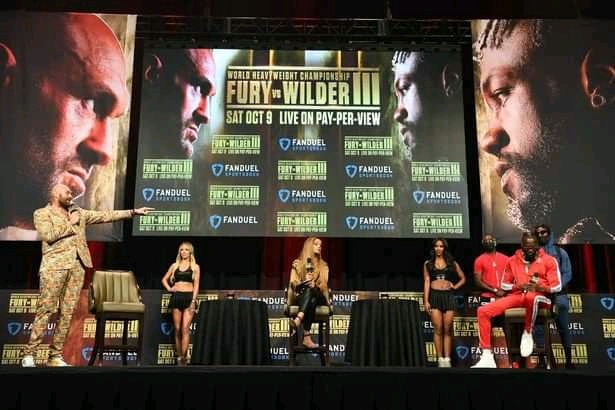 Deontay Wilder has a record of 42 wins , 1 draw and 1 loss with 41 of those wins being via knockout whiles Tyson Fury has 30 wins and a draw with 21 of the wins being knockouts.

With these two great records it is very hard to predict who wins the match since both fighters are good at what they do. Many believe this fight might go beyond the trilogy whiles others think Fury will end the debate this time around. I bet you would love to see what happens in this great bout. The fight begins at 3am GMT at the T-Mobile Arena in Paradise, Nevada.

Who do you tip to win this bout, The Gypsy King or The Bronze Bomber. Please leave you predictions in the comment section below. Don't forget to like and follow my page for more updates.